Brewing's next generation is having a blast in Bend 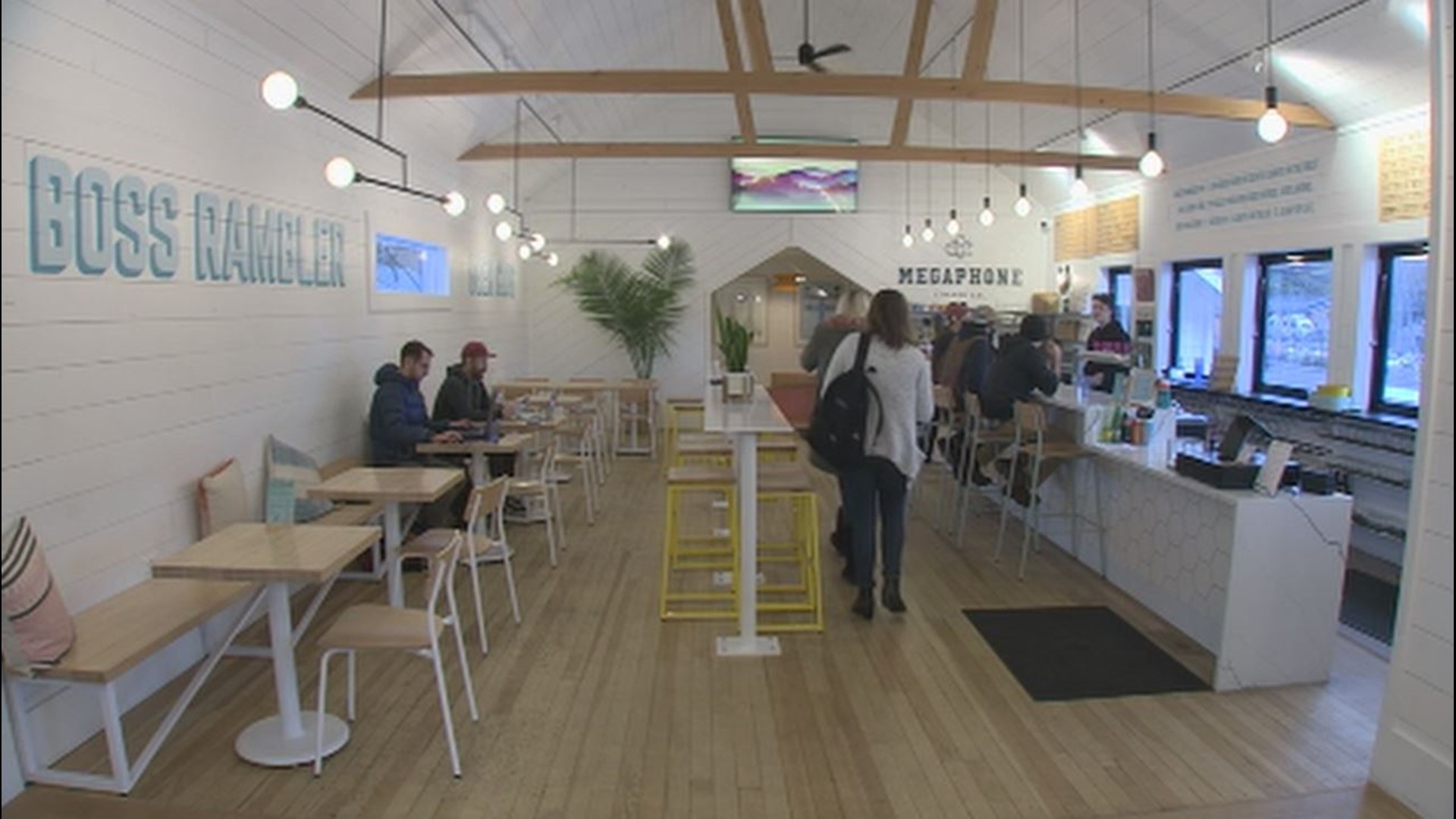 BEND, Ore. — There's one question the owners of Bend's newest brewery get constantly:

"What does Boss Rambler mean?"

"So instead of having to explain it all the time when we're busy and people are waiting for beers we just threw it on the wall," said Matt Moletta.

A huge stencil on the wall behind the taps reads as follows: Boss Rambler (n) 1. An adventurer or seeker, always on the quest for a good time, typically involving good friends, good laughs, and good drink. 2. Never idle, always on the go. 3. A way of life.

Husband and wife duo Matt and Kate Molletta are co-founders of this place that feels more beach-club than brew pub: "We just tried to do something different than everything else in Bend," said Kate.

Don't let the lack of hardwood and brass fool you, Boss Rambler Beer Club makes tasty beer: they have a big lineup of hazy IPAs. They're also not afraid to mess around - with a stout flavored with coffee from an espresso stand that shares the same space, and a Pina 'Coolada' pale ale.

"We try really hard to come up with names for beers that haven't been used before," said Matt.

"Which is a huge challenge!" Kate added.

That name thing is how Ski Barbie was born:

“I mean she's a badass,” said Kate, talking about the IPA whose can rocks a 70’s beauty doing a ski trick in a high cut bathing suit.

“That led into the joke that we have to come up with a Ken beer,” said Matt. And they did. It’s called Jet Ski Ken.

This place also does weekly play dates - with beer.

"We do this thing on Wednesday it's called Moms and Groms, it's from three to six and it's a dollar off beers for moms and kids get juice and it is literally crazy,” said Kate who has a two-year-old daughter. “Single men walk in and they're like ‘What's Happening???’”

Mat and Kate both come from other bigtime Bend breweries: Matt came from Crux, Kate from Boneyard.

Both of those breweries were launched by folks from Deschutes - Bend's first.

"It's like the second wave - we're the grandchildren of Deschutes!” laughed Matt.

Brewing's next generation may be putting white tiles and toy boxes in their pubs.

But they're still having fun making beer.