From jet parts to pickled snakes, meet the man who collects the weird stuff that washes up on Washington's beaches 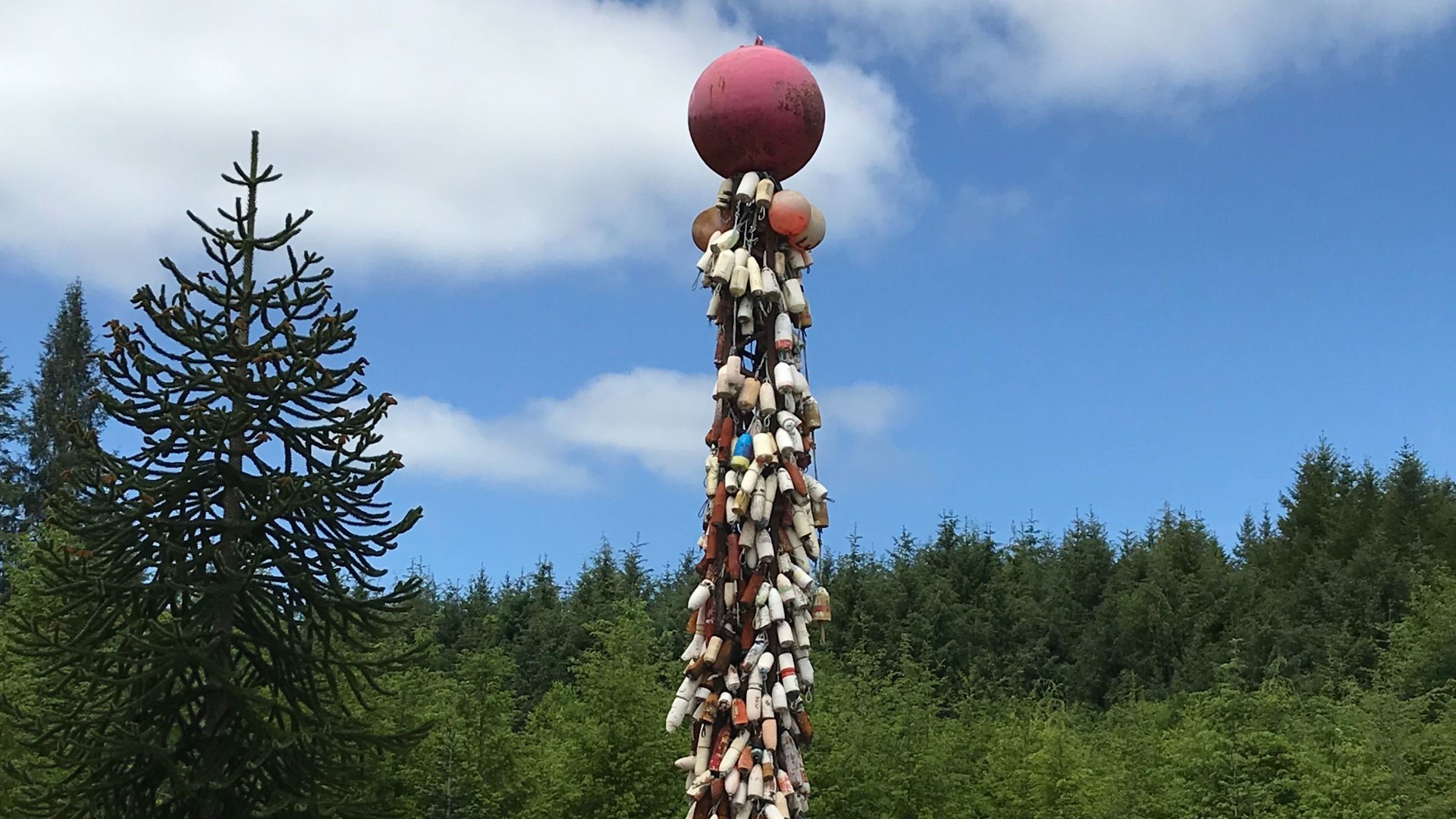 FORKS, Wash. — There's a roadside attraction in Forks will float your boat. And buoy your spirits.

John Anderson has been collecting whatever washes up on Washington's beaches for 40 years. He's a retired plumber who decided he'd rather hang out on the beach than under people's leaky sinks.

"And I turned my plumbing shop into a beachcombing museum,” Anderson said.

He treasures this trash. And he makes use of it all by displaying it at John's Beachcombing Museum.

"So this is my monument to beachcombing that I built,” he said, pointing to a towering totem made of buoys that’s visible from Highway 101. Anytime he gets another buoy, the monument grows.

Inside, a $5 admission fee reveals a sea of stuff.

Most of it way more interesting than glass floats:

"There's a nuclear sub locator beacon,” Anderson casually mentioned as he strolled down an aisle, pointing to a missile-shaped metal thingy.

He shows off a sake bottle with a snake coiled inside. And a dented center spinner cone from a Boeing 727 engine.

“It could have come off of an engine in flight, fell down and impacted the water, or it could have been part of a crash,” he speculated.

He also has a display of items from the 2011 Japanese tsunami. Among them are a human-sized stuffed animal, hardhats, a volleyball covered with autographs, and a wooden sculpture of two smiling figures.

"The carving back there is Ebisu and Daikoku – the good luck gods for fishing and agriculture," he said. "That’s really cool.”

There's a dingy (salvaged from a beach) filled with barnacle-covered sneakers that all came from a container that broke on a ship. And dozens of identical doll heads are from another container spill.

Anderson even has a message in a bottle collection, and he also offers his brand of bottle service: visitors can pen a message, he’ll put it in a bottle, and launch it (legally) 30 miles offshore. While on a fishing trip, likely.

Anderson estimates he's got more than a million flotsam finds in his museum.

And his favorite thing about these treasures is how colorful they are.

"With all of the stuff I've amassed right now I'm doing a lot of artwork with it,” he said, pointing out his "Yellyfish" – a giant jellyfish made of yellow buoys – and a figure he calls "Salty Sam" – a life-sized man made of stuff that drifted ashore.

As long as things keep washing up on our shores, Anderson can keep answering the question he always gets the exact same way he always has: "I found that at the beach!"