Bark for your beer in Bellingham

Every dog has his or her day at "Paws For a Beer, " part bar, part dog park. 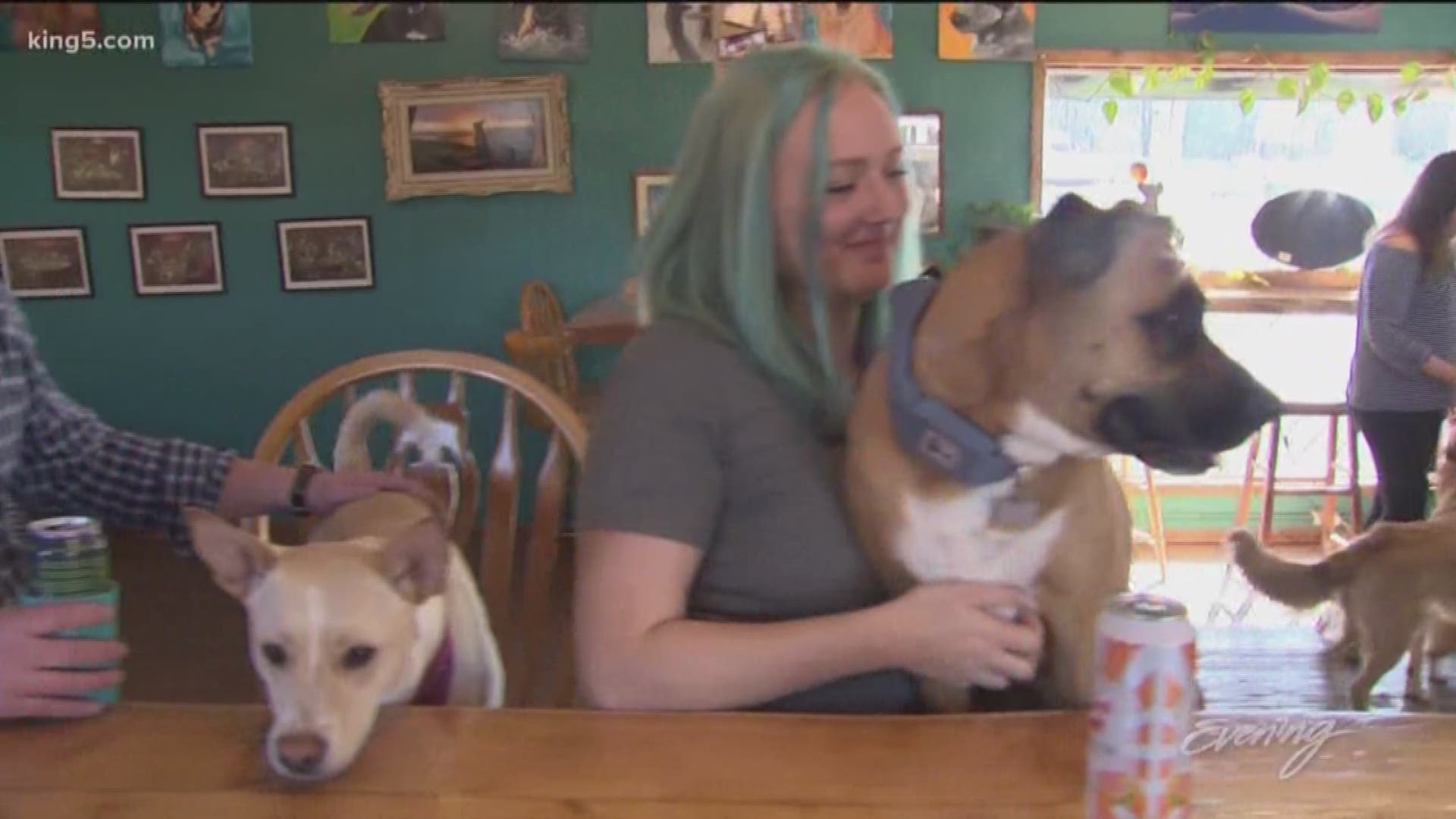 It's no coincidence the first three letters of the work bark are "B.A.R". At least not at Paws For a Beer, Bellingham's dog bar. "No one said I had a bad idea. So I just kinda kept going with it," says co-founder Rylan Schoen.

He and his wife, Amy, adopted a black lab named Crosby. "A six-week-old runt of the litter...we thought he'd be pretty simple but turned out he was very challenging," Amy says. Rylan had to take Crosby to the dog park three or four times a day. "We had one dog who was crazy and needed a place to get that crazy out!"

They also wanted to enjoy a night out but wanted their pooch to be a part of it all. "He was whining and barking and causing a ruckus within three minutes of us drinking a beer," Rylan remembers. When an old snowboard shop became available in Bellingham's Fairhaven neighborhood, they decided to jump at it and make their OWN dog park...with a twist.

"I said why can't we have a beer garden and dog park combined at the same time that lasts all year, " Rylan says. Amy can't believe how well-received their idea's become. "They showed up. And then they kept showing up. We started a community. And it was just great. The dogs leave happy and the people leave happy. It's worked out."

They serve local brews, wine, ciders, kombucha and more to humans. Dog treats are overflowing too. And like an old west saloon, "We get tussles here and there. If something happens inside, we send everyone outside to get some air, take a breather," Rylan says. Dogs can do that at the off-leash area just outside the bar.

And even if you don't have a canine best friend yet, "You don't need a dog to come here and hang out. It's a place for anyone who loves dogs," Rylan says.