The gallery in the Capitol Hill neighborhood showcases 16 BIPOC artists and their ongoing work. #k5evening 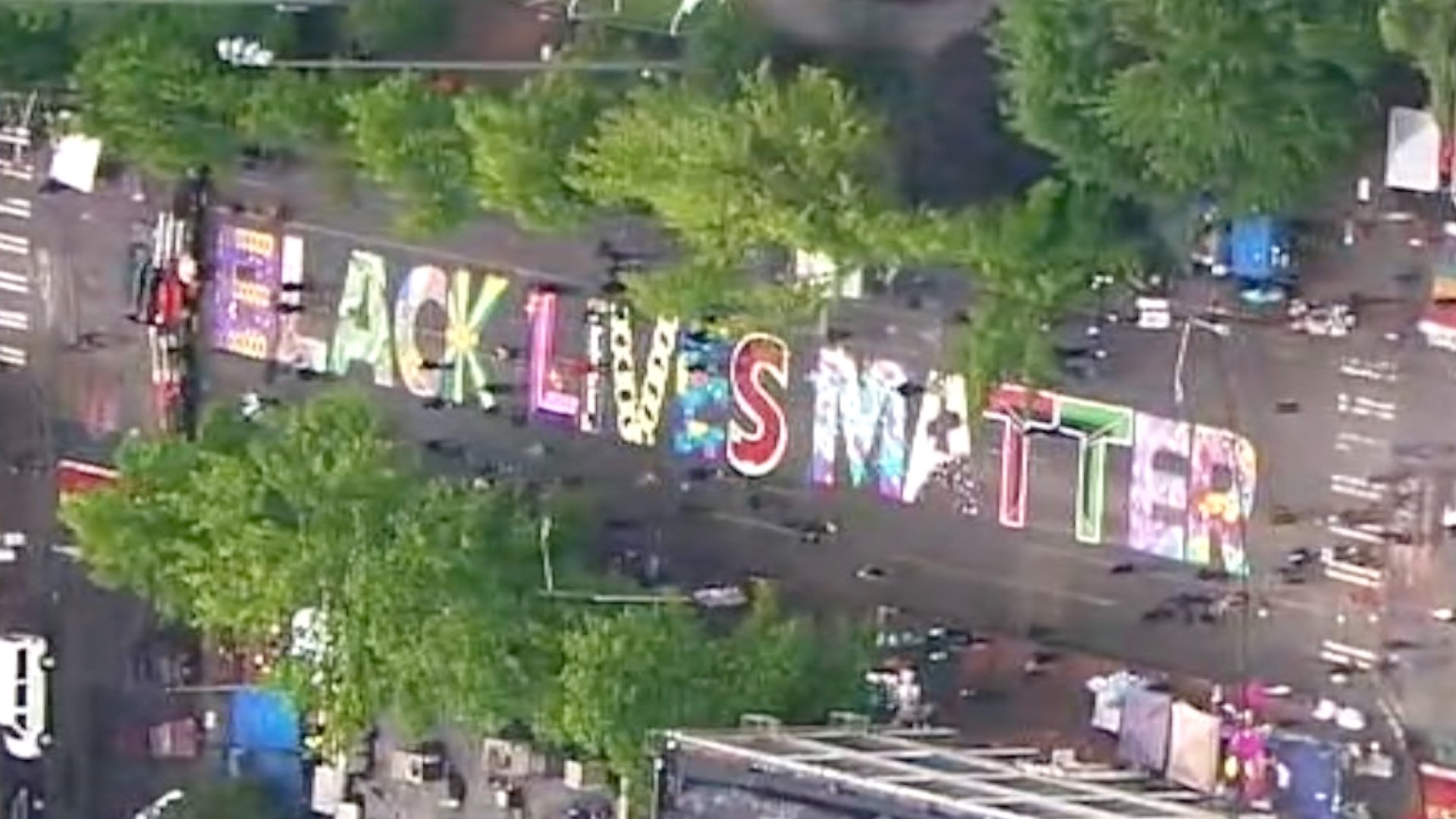 SEATTLE — A jewel box space on Capitol Hill is home to a new gallery featuring the work of artists who painted the historic Black Lives Matter mural on Pine Street.

Vivid Matter Collective Gallery – located next to and donated by Molly Moon's Ice Cream - will feature each of the 16 BIPOC artists on a rotating basis.

Credit: KING TV
The 70 sq. foot space is designed to be a gallery where guests can sit and reflect on the art intimately.

"We’re really tying in the history of the mural with the art, and letting people know that we're still making work and doing all sorts of good stuff,” said Moses Sun, co-founder of VMC.

He and fellow artist Takiyah Ward launched the collective after the mural project was seen and felt around the world.

"It was such a serendipitous moment of being able to reach out to so many amazing artists and have them answer the call in that way,” she said. "Just like the conversation needs to continue, the art needs to continue."

The gallery is only 70 square feet, but Sun said that gives visitors a chance to sit, rest and really focus on the work in an intimate way.

Every two months, a different artist from the collective is featured. The first exhibition “Duality” showcases the work of Barry Johnson.

“It's about the idea of how black men are perceived in different ways throughout society and looks at it through those two different lenses,” he said. "Just to be able to put art about blackness into the world and let people be able to see it and respond to it and have their own opinions on it is a great thing.”

He created the pieces using iron oxide granules. Over time, the tiny pellets will fall off and only leave traces of the original imagery. He describes it as “self-destructing time capsule art,” and hopes that by the time the pieces change, social injustice will also have changed.

"To look at what we did with the Black Lives Matter mural, and to fast-forward to now - it feels like it's been a blink. Because there's still so much that needs to be solved, so much that needs to be done. But we've made a lot of really big steps, both as a nation and as a collective to help be a part of the change that needs to happen,” he said. "Don't be afraid to ask the tough questions, do it sincerely. Because in doing so, you'll be able to slowly learn more and become more empathetic to the struggles and injustices of the people that are like you, that make up the same world you do."

Ward and Sun hope those conversations will take place in the gallery, which can be visited by appointment and is open to the public during Capitol Hill Art Walk the second Thursday of every month.

"We've contributed a lot to this city and we want to remind people by using this gallery space,” Ward said. “We're alive and well and we're still creating. We don't stop."