An exclusive tour of the King Street Station clock tower

Only a few hundred people have ever been behind the clock atop King Street Station. 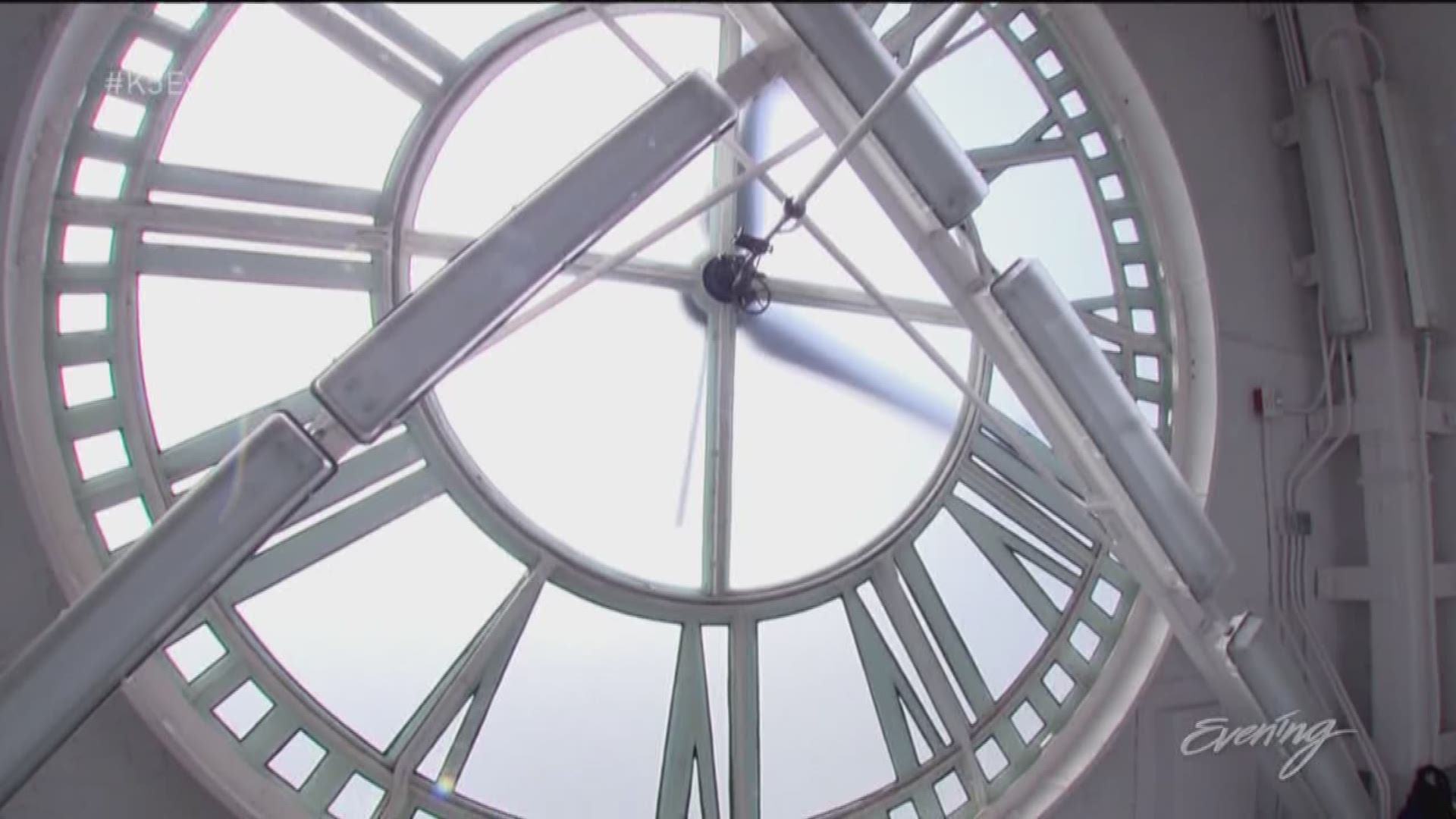 SEATTLE — There are no elevators so we will be earning whatever view awaits us hundreds of steps away to the top of the historic King Street Station clock tower.

“So this was the tallest building in the city and it's got this glowing beacon of a clock that could be seen for miles,” said Rob Ketcherside who gives historic clock tours in Seattle.

Built in 1906, The King Street Station clock tower dwarfed the rest of Seattle for eight years, until the Smith Tower came along. The design was based on Venice's San Marco Bell Tower.

In 2008, the City of Seattle bought the station for $10, which sounds like a great deal until you realize it costs more than $50 million to restore and seismically upgrade the building.

“This is sort of our little museum to the to the plasterwork that was done as part of the historic rehab of the building,” LaBorde said.

Most of the floors we pass are empty. On the 12th story, there is a room full of light.

“This is my favorite space in the building,” said LaBorde.

Only a few hundred people have ever been in this remarkable room.

“I love the aesthetics of it,” said LaBorde. “ You know the white paint. The bright light. The clock faces. Being able to see the clock faces from behind.”

The actual timepiece is a machine made up of gears and what looks like a bicycle chain. Here you'll find rods that change each of the four clock faces.

A spiral staircase leads us to the pyramid atop the tower where a door opens out to an observation deck.

Two hundred feet above it all, take in a century-old view that is constantly changing; constantly obscured by taller and taller buildings.

It is a view worth every step of the way.

The City of Seattle does not offer tours of King Street Station clock tower, but the top floor has become a dedicated cultural space for art exhibitions that is open to the public.