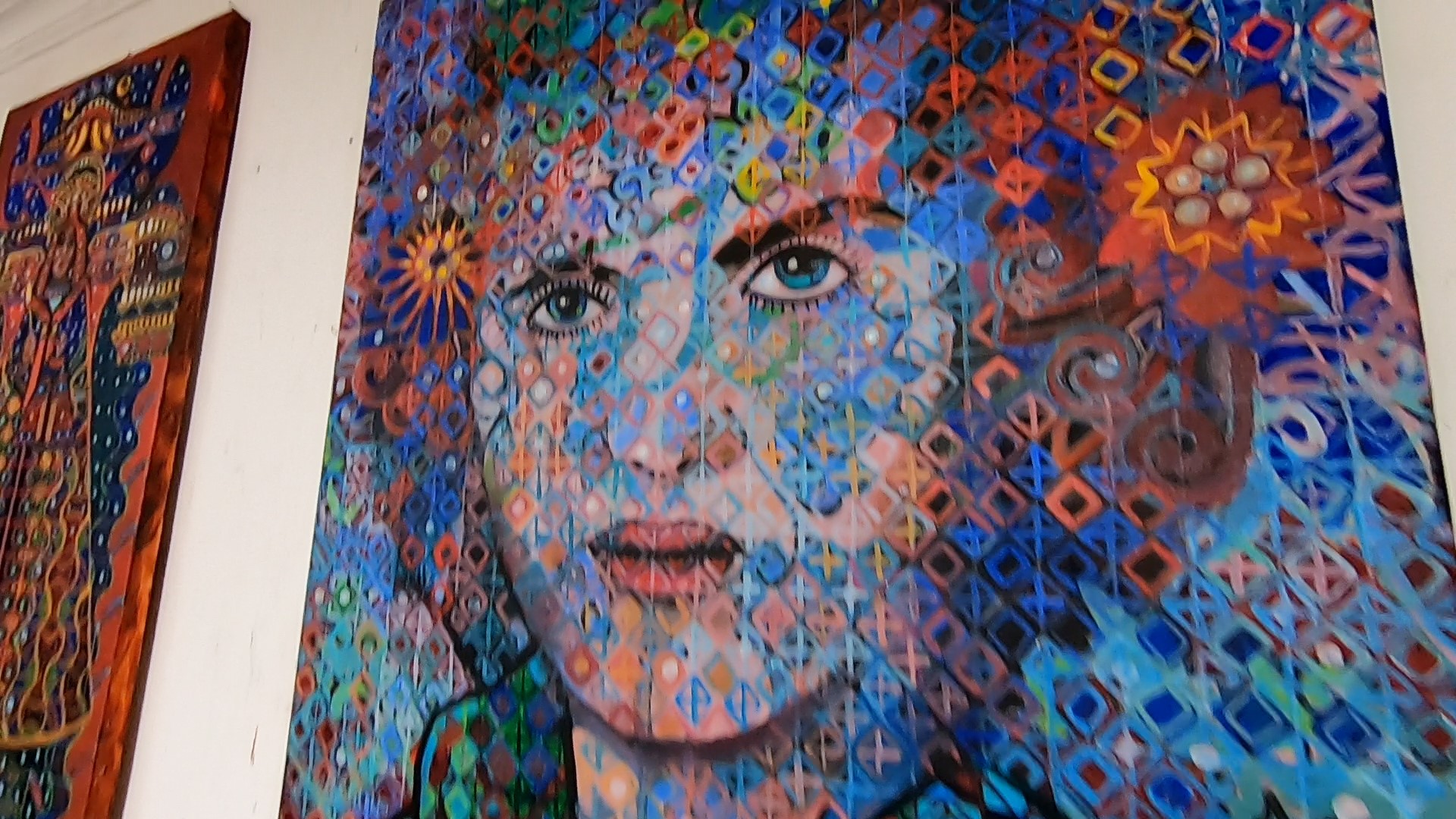 SEATTLE — Alfredo Arreguín was born in 1935 in Morelia, Michoacán, Mexico — but his artistic career developed in Seattle after completing two degrees at the University of Washington. His art is largely influenced by his childhood experiences, portraits Frida Kahlo, and his love for nature and the outdoors.

“Without nature, the world will be like a concrete cage,” said Alfredo.

His unique and colorful style makes his art stand out among others. He says he likes to create a magical world in every art piece — a universe that still connects with his own experiences. He is not afraid of making mistakes when it comes to painting — in fact, he encourages it.

“The reason I am original is because I break a lot of rules, and I make mistakes. The mistake is delicious.”

Alfredo has a long and distinguished list of accomplishments. In 1979, he was selected to represent the U.S. at the 11th International Festival of Painting at Cagnes-Sur Mer, France, where he won the Palm of People Award. Most recently, in 2017, he was awarded the keys to the city of Morelia, an honor only shared with Pope Francis.

For Alfredo, the biggest and most important award is the chance to keep painting after all these years.

“I have total freedom of expression and that’s how I like it,” he said. “Painting connects with the soul, I couldn’t live without painting.”

Alfredo’s work has been displayed at museums, private art collections and books. Visit his website to learn more.