Alec Baldwin jokes his kids are a ‘jukebox of inappropriate language’

The actor stars in ‘The Boss Baby 2: Family Business.' #k5evening 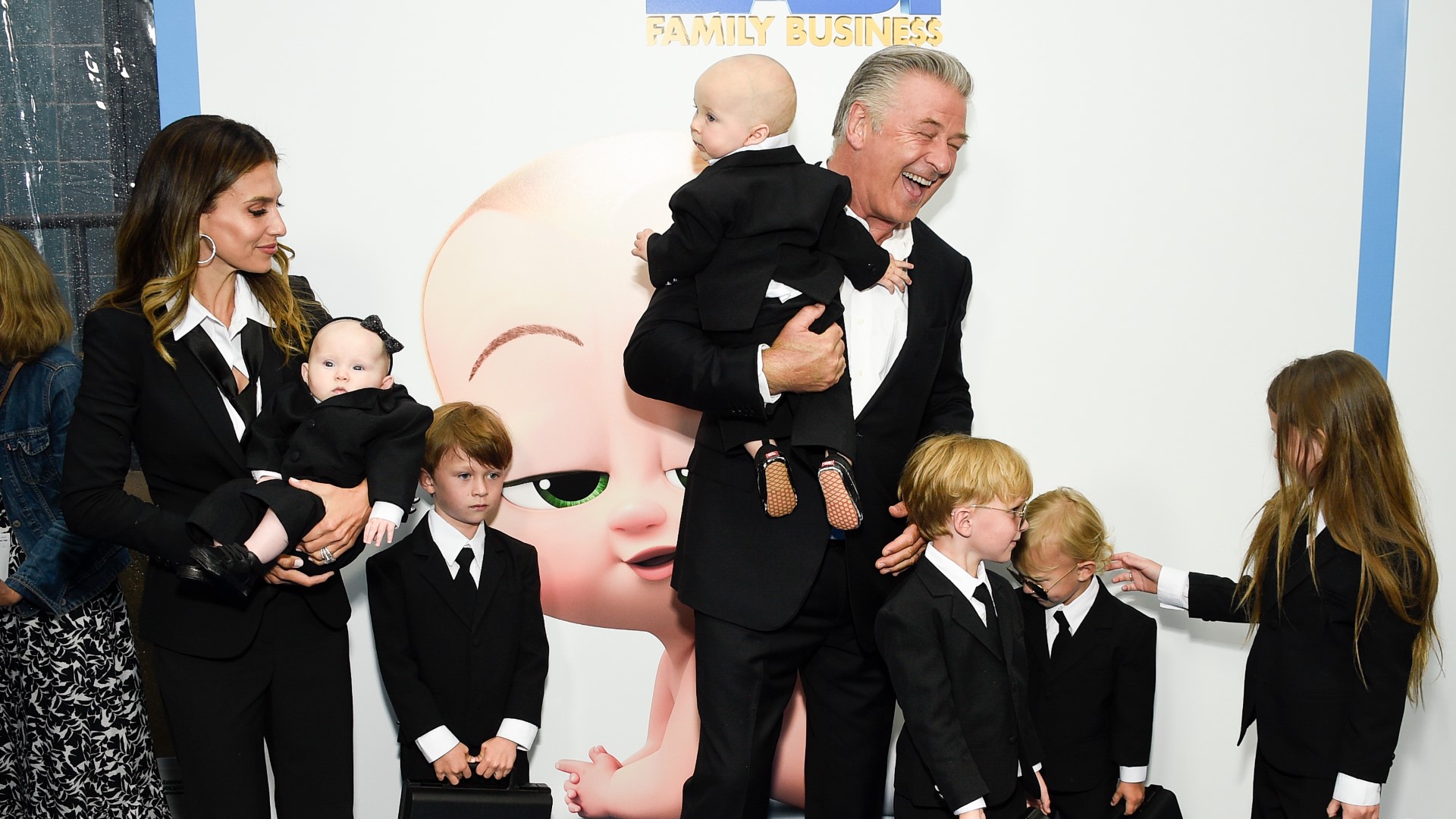 The animated sequel follows him as a grownup – an unmarried but uber-successful CEO who’s a beloved uncle. When he realizes one of his nieces is the new “boss baby,” Theodore and his brother Tim transform back into children to help her on her mission.

BALDWIN: "Are you okay, Kimberley, are you in a nice air-conditioned room?”

HOLCOMB: “You are so nice and, kind of? But you know air conditioning is a luxury here in Seattle, so I just have this really hideous window unit."

BALDWIN: "My daughter is in Portland. She moved to the Portland suburbs and she said that a lot of places don't have air conditioning because they don't need it.”

HOLCOMB: “Well, we didn't. I guess we do now. It was delightful just watching you record some of your lines for this film. I feel like there should be a director's cut where we can just watch you standing there putting a fake pacifier in your mouth."

BALDWIN: “Sometimes to get in the zone, (director) Tom McGrath would listen to me do really adult versions of the lines. I'll have Boss Baby say things that will never be in any cut of the film or any DVD bonus."

HOLCOMB: "He famously says, 'What the frittata? What the fudge?'"

HOLCOMB: “Do you use any of these at home? Do you ever have to keep yourself in check around the kids and employ these other words instead?"

BALDWIN: "We're rapidly approaching that place where my two older kids have become a jukebox of inappropriate language. They drop a few bombs now and then and I literally gasp and look at my wife, 'Oh my god, what are we gonna do?' My son will say some word and my wife will look at me and go, 'You.'"

HOLCOMB: "It's so fun seeing a grown-up Theodore and Tim in this film. In which ways do you find yourself relating to those grown-up versions of those characters?"

BALDWIN: "I have three brothers and they're all in this business and we're very close, but we were close in a more practical way and saw each other more often until everybody had multiple children. I think everybody maintains the same feelings, but we do not see each other as much as we used to because of that reason."

HOLCOMB: "I have to thank you, you were very kind to me about three or four years ago. It was my first time covering the Emmys and I didn’t have a producer and was just winging it. And you walked over to give me an interview miraculously at the very moment the anchors tossed to me and it was like we'd coordinated it weeks in advance. So thank you for that, I appreciate it.”

BALDWIN: "If I can ever do anything else - if I can send you a new air conditioner - let me know.”

HOLCOMB: “Perfect, I'll get my address to you."