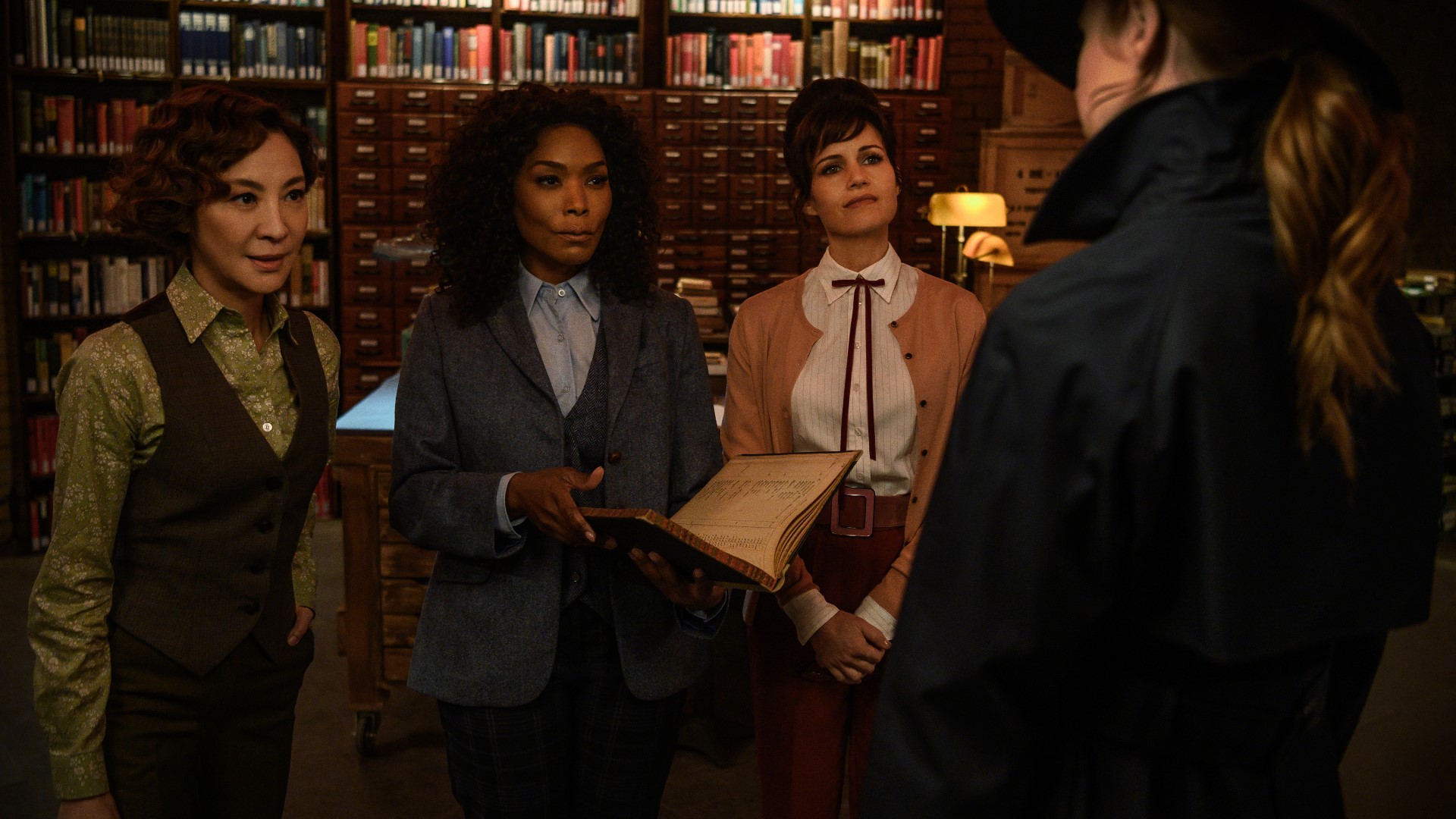 SEATTLE — The new action film "Gunpowder Milkshake" brings new meaning to being shushed in a library.

Set in a fantasy underworld, the story centers on a young woman assassin (Karen Gillan) who reunited with her long-lost mom (Lena Headey) to protect a little girl and bring down an evil syndicate of men.

Main character Sam is played by Karen Gillan, known for her other big action role as Nebula in "Guardians of the Galaxy." She said a fight between Sam and Nebula would be tough to call.

“Oof. You know, I'm going to say Nebula because Nebula is a little more cutthroat,” she said. “I think Sam has a good heart under it all. And so does Nebula, but she's also a sadist. And crazy."

"Crazy" is a good way to describe the movie's fight scenes. They're hyper-violent and stylized.

But despite being deadly, the librarians intentionally avoid profanity.

"The irony is, I'm a big swearer, so I'm constantly swearing in front of kids and then going, 'Oh god,'" Gugino said.

Bassett added, "I think Michelle, maybe not so much. She's such a proper one, right? But she's thinking it!"

For Gillan, the formidable librarians were a little intimidating in real life, too.

“I think I was desperately trying to act normal which then manifests into the most peculiar behavior,” she said, laughing.

In many ways, the film is a heightened version of women supporting women – a theme the stars say resonated with them.

“It’s just meant everything to me,” Bassett said. “Growing up with a single mom, having an aunt who filled in the gaps wherever and whenever she could, graduating from college in drama school and going into an industry where a lot of times you're in competition I guess for the same role, but finding a way not to be in competition. And knowing whatever's meant for you, no one else can have, and whatever's meant for them you can't have. You know, to knock sand out of someone else's bucket doesn't put it in yours."