A spooky hike through Snoqualmie Tunnel 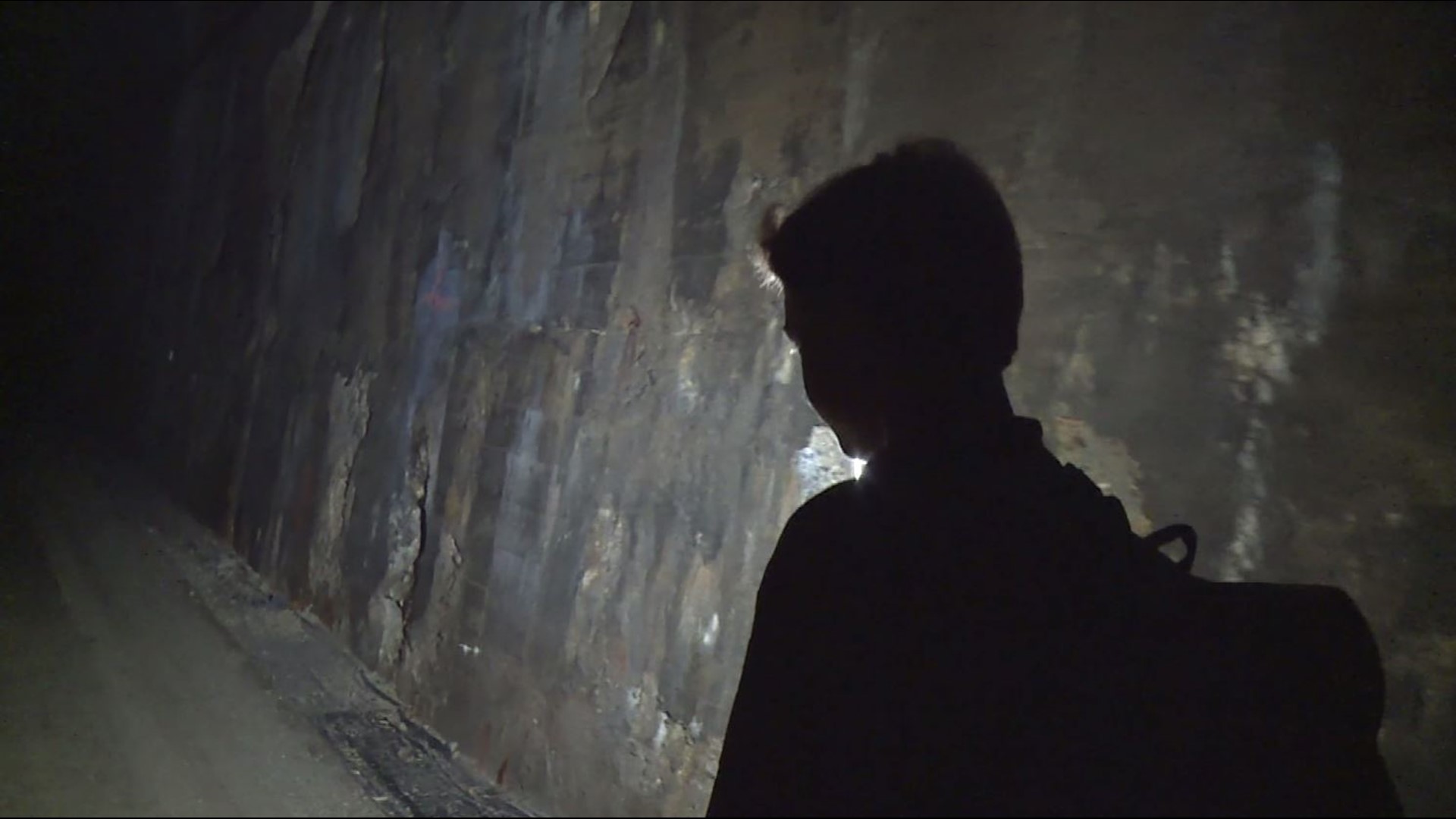 SNOQUALMIE PASS, Wash. — It's a sunny 70-degree summer day near Snoqualmie Pass, but "Evening" host Saint Bryan and his son Cooper are layering up for another railroading adventure. This time they’re hiking through the 100-year-old Snoqualmie Tunnel which offers adventurers more than two miles of pitch-black darkness.

“Basically it's going to take longer than you think so you just gotta keep going,” says Diane Vivio who was heading out of the tunnel with Kyle Libra as the Bryan men were heading in.

“It's just a really long walk,” says Libra, “so if you imagine yourself on a trail that never ends that's kind of what it feels like”.

Once part of the Pacific extension of the Milwaukee Road, the last train passed through the tunnel in 1980, the same week in March Billy Joel released Glass Houses.

Now it's a hiking and biking path that is almost perfectly straight, perfectly flat and perfectly dark. Hikers should bring a flashlight and should wear a reflective jacket.

Halfway through the tunnel the Bryan men turned off the light. They were immediately enveloped in complete darkness. But it wasn’t completely quiet. That's because they were not alone.

There are cyclists riding by and hikers whose voices, bouncing off the walls, sound like ghosts.

Hiker Shawn McRay says he wasn’t spooked by all these people talking and singing around him.

“Maybe we're doing some of the spooking,” he laughs.

There's water dripping from the ceiling and a constant cool breeze that sends chills down the spine. And sometimes the tunnel just seems so endless.

“The light at the end is not getting any bigger,” says a hiker from Portland. “That one behind us is getting smaller, but the one in front of us is not growing.”

But eventually, and later than they would have ever guessed, the Bryan men get to the other side of the tunnel. There are picnic tables there, a waterfall, and some beautiful vistas. They rest up and soak in the sun before heading back into total darkness.