The Seattle Kraken announcer is breaking barriers in the NHL 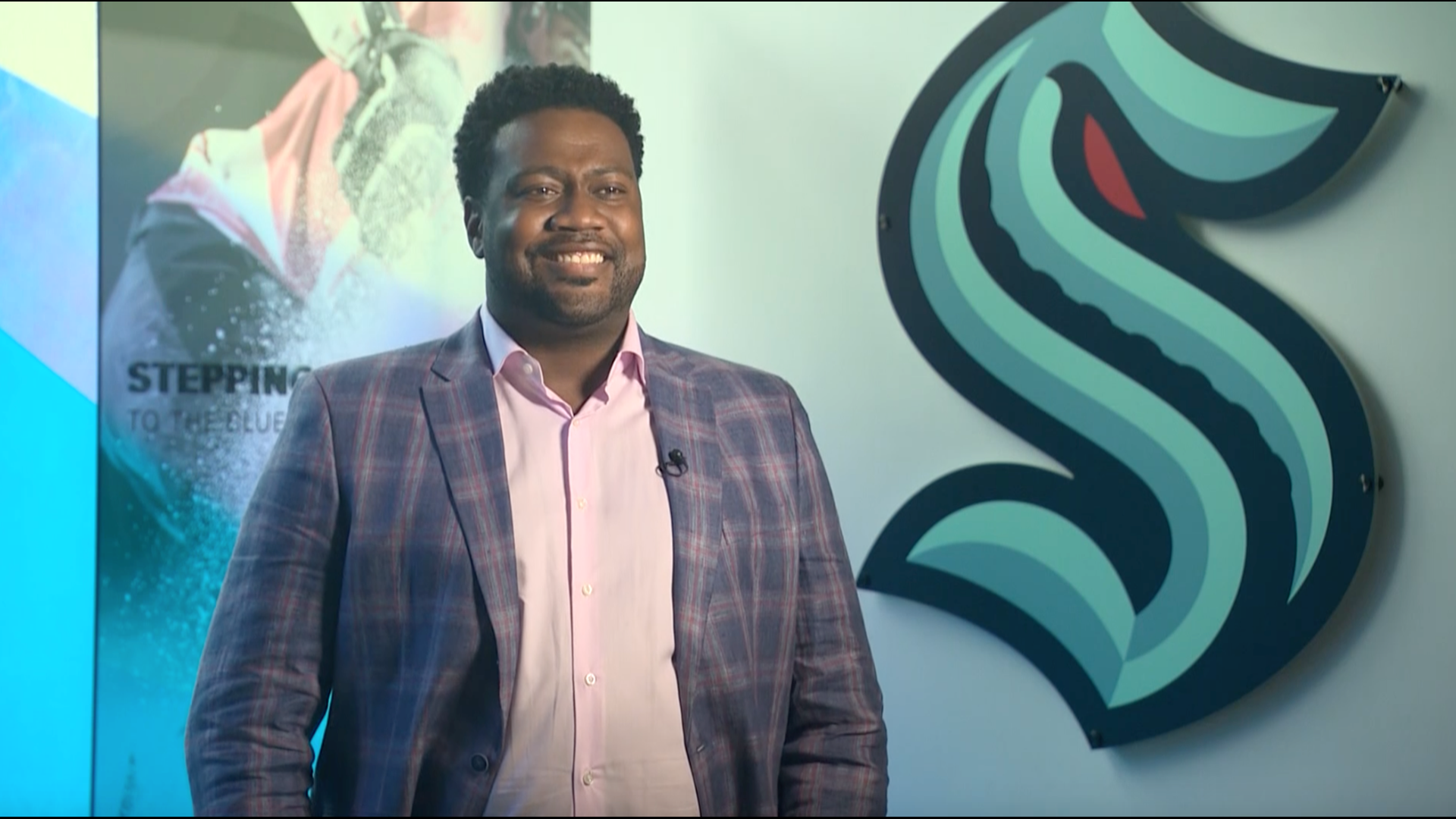 "It's finally starting to hit me," he said.

The Detroit native has come to Seattle to make history as the very first team broadcaster for the Kraken.

"To be able to say, hey, we're bringing the NHL to Seattle has been amazing."

Not only that, he'll also be the league's first Black announcer. An important step forward for a sport not always known for diversity.

"If I can play a small part in that, to help that next generation come up, I think it's only right that I help do that."

Fitzhugh fell in love with hockey while growing up in Detroit.

"Coming from a hockey town, hockey's kind of ingrained in you at an early age, so I've been a hockey fan ever since I was in the third grade," Fitzhugh said. "I was watching a Redwings and Edmonton Oilers game, and I noticed that Edmonton had two black players on their team, and for me that was huge.

After a successful career calling minor league games across the Midwest, his new life brings him to a new town, new team, new practice facilities, and newly renovated arena, where he'll be starting that new job in 2021.

"You can just tell that this community, this city, this state, are just so excited for this team. We were going to a few restaurants, my fiancé and I, and we were looking at a few apartments. And people were like, 'You know we've got a brand new hockey team coming, right? You know the NHL Seattle's coming here in a couple of years,'" he laughs, "And I was like, 'Oh, you don't say!'"

As team broadcaster, Fitzhugh's duties won't be fully defined until the ink is dry on all the Kraken broadcast contracts. He could end up on TV, the radio, or both. And a big part of the job will be engaging the community and introducing Northwest newbies to the game.

"For me that's the fun part. Ultimately that's all that really matters, is that everyone who comes to our games and takes interest in us is having a good time. We want to turn Seattle into a hockey town."