A beacon of hope illuminates the night in Seattle 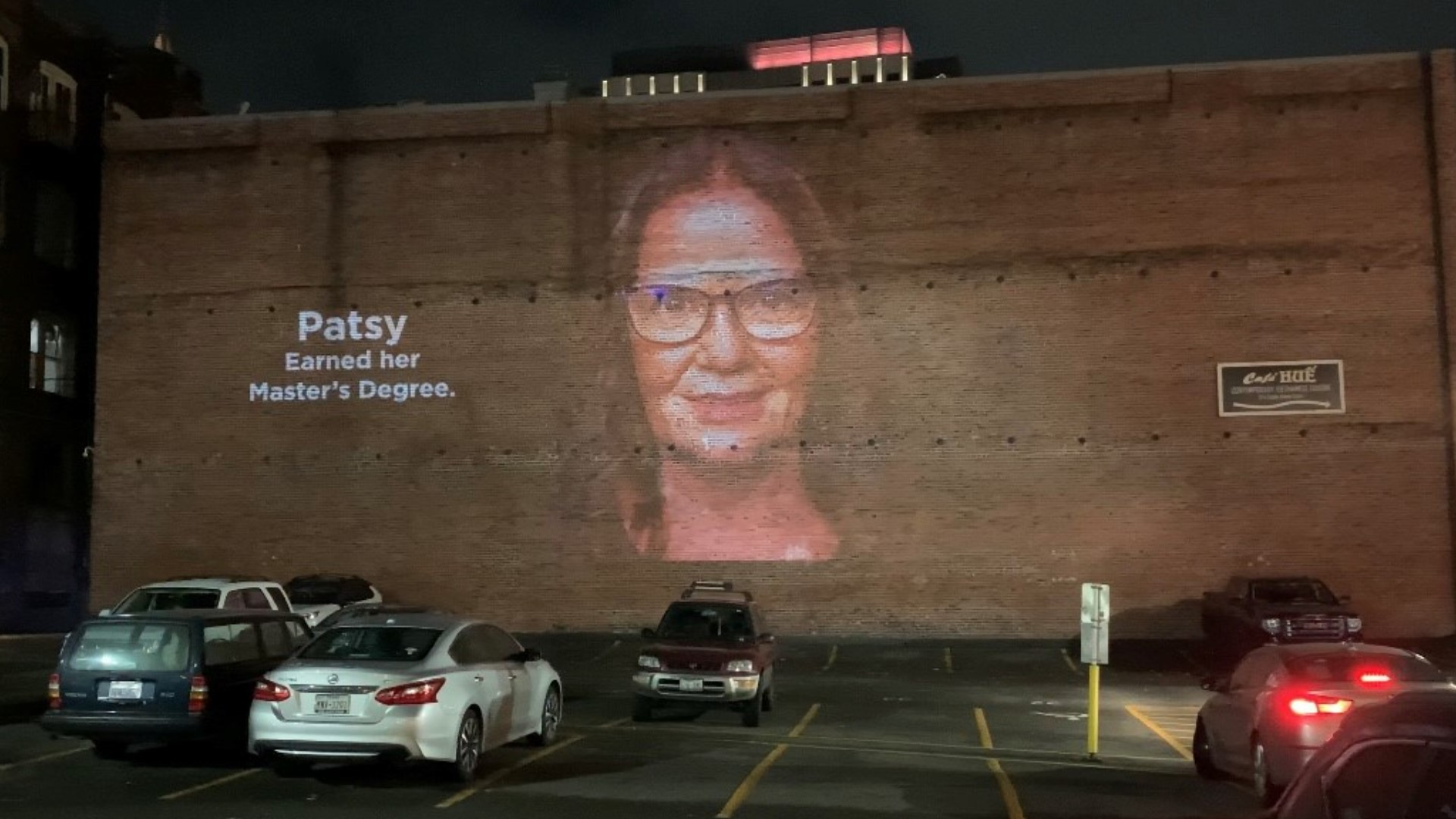 SEATTLE — The faces of those once lost are now beacons of hope above the streets of Seattle.

"There is that second chance for everyone," said Kristin Chavez.

These photo portraits, projected on the sides of ten buildings around the city, capture the pain of life on the street. But they also present faces of redemption, those rescued by Seattle's Union Gospel Mission, a program offering shelter and healing to the homeless and the hurting.

RELATED: A voice that took him from the streets to the stage

Chavez said, "Every person on the street is a person."

Kristin Chavez got out of the Air Force more than a decade ago. Then she lost her way and nearly lost her life.

"I always struggled with my self-image," she said, "and I got addicted to crystal meth because I heard it could help me lose weight."

She laughs at the thought of how ridiculous that probably sounds, then turns serious.

"After that first hit, I was completely lost."

Joshua Hackett suffered abuse and abandonment as a child. He ended up on the streets, invisible.

"I didn't want to be seen," Hackett said.

But tonight, he and Chavez - along with other Union Gospel Mission success stories - are very visible, projected like scenes from a movie all over Seattle.

"I almost started tearing up because it was just so amazing," Hackett said.

Hackett and Chavez's journeys to recovery are part of UGM's photo and video series, "Angels: Lost and Found."

"At my bottom, I went to the point of suicide," Hacket said, "I thank God for jail because it's what gave me the new chance."

While behind bars, Josh met volunteers from the mission, who let him know there was support for him on the outside.

"They helped me find me," he said.

Chavez said, "I think what brought me to rock-bottom was sitting in a prison cell with people who have committed murder."

Chavez battled her way back from addiction and, like Joshua, now works with UGM to help pull others away from the brink.

"Going through that struggle, I have that empathy.  I know what it feels like," she said.

Hackett said, "Every day I see somebody that reminds me of me."

Chavez and Hackett hope their stories, projected high above the city, will bring light to our neighbors living on these streets.

Chavez said, "I feel honored, in a way," she chokes back her tears.

"My story means something."

Hackett added, "Do not forget about the people or just write them off. I was one of those people. Don't give up. Don't give up on hope."