Staying young by pole vaulting. Son's 66 and Dad's 85 and they're still flying high 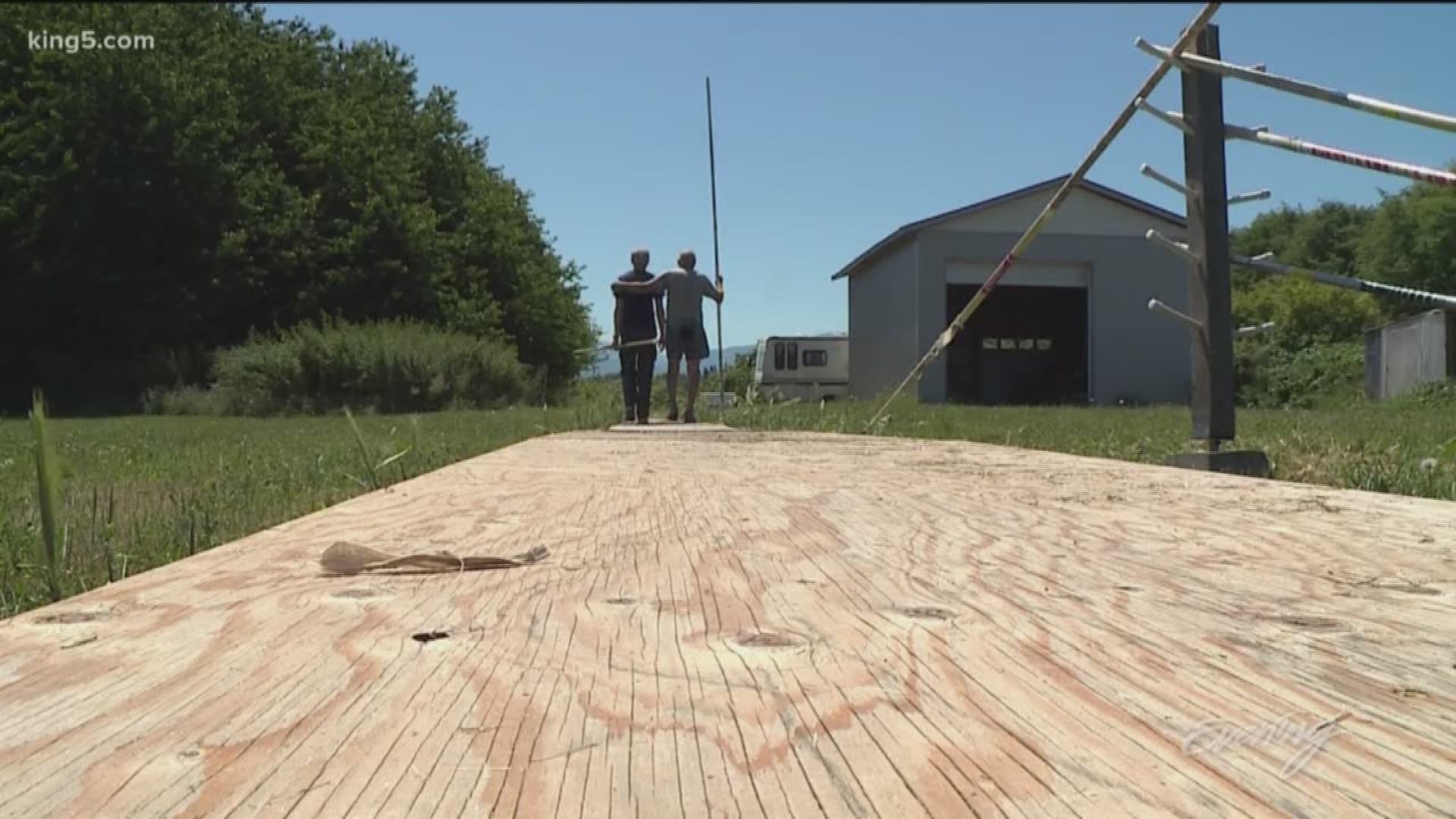 SEQUIM, Wash. — Phil Milliman is 66 years old. And he’s got a pole vaulting pit in his backyard.

"I'm a pole vaulter. I have a passion for pole vaulting. I've done if for many years,” he said.

If you think that’s impressive, wait till you meet his dad.

"Well he's an amazing old geezer I have to say. He's been an inspiration in our family for many years. He's a little bit hyperactive I think,” chuckled Phil when asked about his dad, who came to pole vaulting somewhat late in life.

“We started him vaulting at 64,” said Phil, who’s vaulted all his life.

"Some people wouldn't call it pole vaulting, but I do,” said Charles. “I run down the runway and plant the pole and try to jump over the bar. I guess that's pole vaulting.”

His competitive vaults are in the six-foot range, but impressive nonetheless at an age where canes are more common than 15-foot poles. And his son says hucking yourself into the air upside down on a thin pole is a question of mind over matter:

"I'm a volunteer pole vault coach over here at Sequim High School, and we tell all the kids on the first day, you gotta overcome your survival instinct," explained Phil.

Pole vaulting actually helped Charles survive – he had triple bypass surgery at 70 and got back on the track as soon as he was able.

"Some people will say, 'Oh you’re gonna get hurt, your bones are brittle, and you're too old to do that. You better be careful.' But you don't think of that when you're doing activities, you just do them." he said. “If I thought about that I'd probably be sitting in the house all the time! Wouldn't do anything!”

Both father and son have won gold medals at multiple Senior Games, including nationals.

Their backyard pole vaulting pit gives them an edge. And it’s the only pit in the world with a view of both the Olympic Mountains and the Strait of Juan de Fuca.

"You get the mountains one way and the ocean the other. Really motivates you to get out there,” said Phil.

After he pole vaults, this 85-year-old dad coaches and encourages when his son takes a turn. Charles is proof that you’re never too old to play in the backyard with your kid.