They look for something off the beaten path 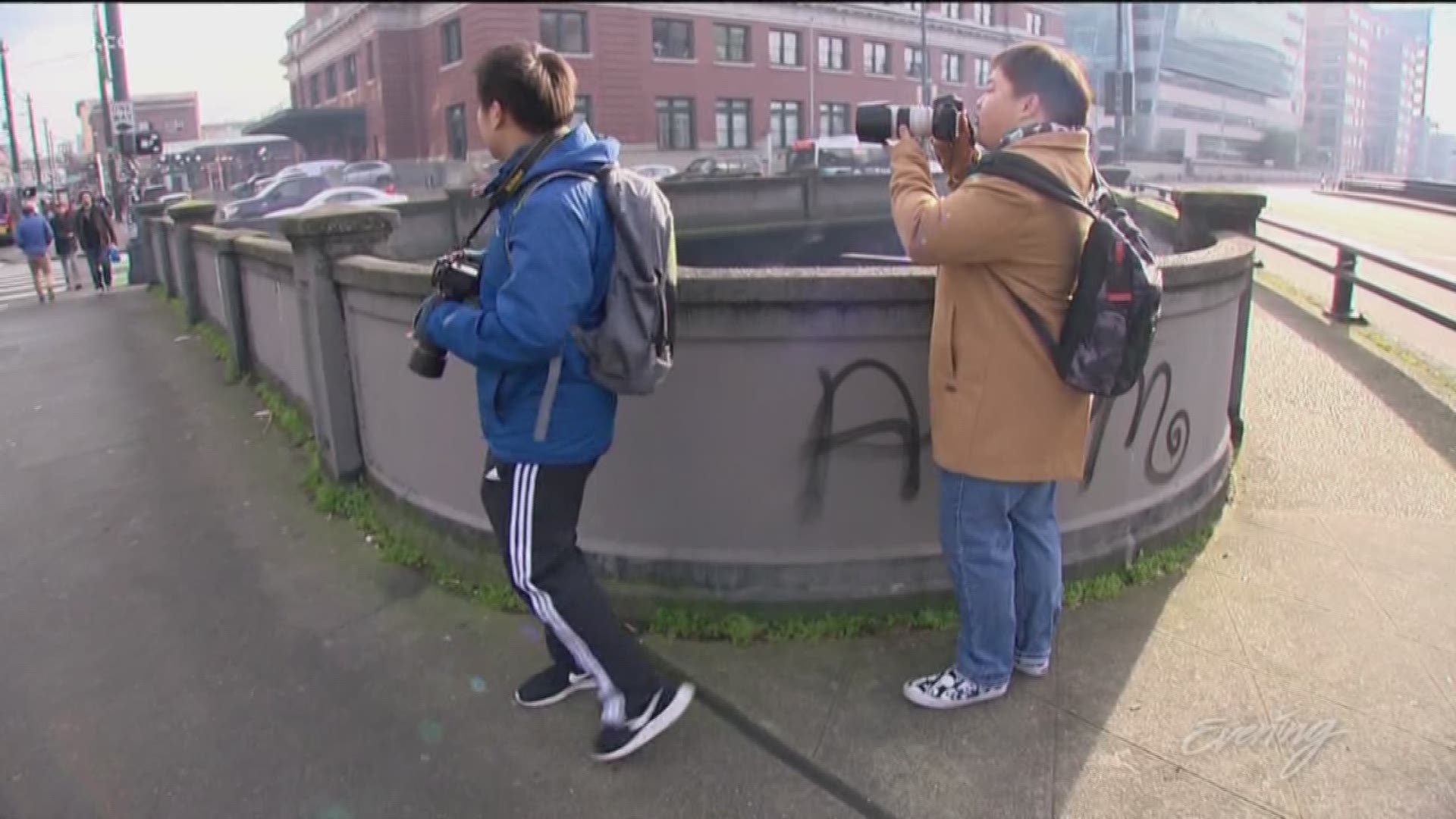 A movie star?  An unusual cosmic event? Perhaps a rare bird? None of the above.  Bruce Qu and his friend Gordon Wong take pictures, thousands of pictures, of buses.

"So we come here every day," says Gordon Wong, a self-proclaimed "bus fanner."

Ok not every day, says Bruce. "Yeah weekdays between Monday to Friday, every afternoon from 4 to 6 o'clock."

They track the bus routes and times with their smartphones. Then they try to spot irregularities...in the color scheme, the lights, even the schedule itself.

They met, naturally, when they noticed each other taking pictures of buses on a Shoreline street corner.

Gordon recalls the moment he spotted Bruce. "Is he taking pictures of buses? Because I saw his camera aiming at buses."

They both fell in love with buses, growing up in China. And they both started taking pictures of buses at an early age.

"I'm amazed that they know the lingo, the route run, the system, better than most of the operators," says Driver "Metro Mike" Mackay.

But what do their friends think?

"Some of them said we are crazy. Yes," says Bruce.

Ok, so that's friends. But how about the family?

Bruce says his mom just doesn't understand. But they understand each other.

So the next time you're on a bus, smile. You just might be on camera.