A slice of heaven returns to Weatherford: Former owner of 'The Pizza Place' remembered in an overwhelming way

What Roger Grizzard gave to his community in life came back to bless his family after his death. 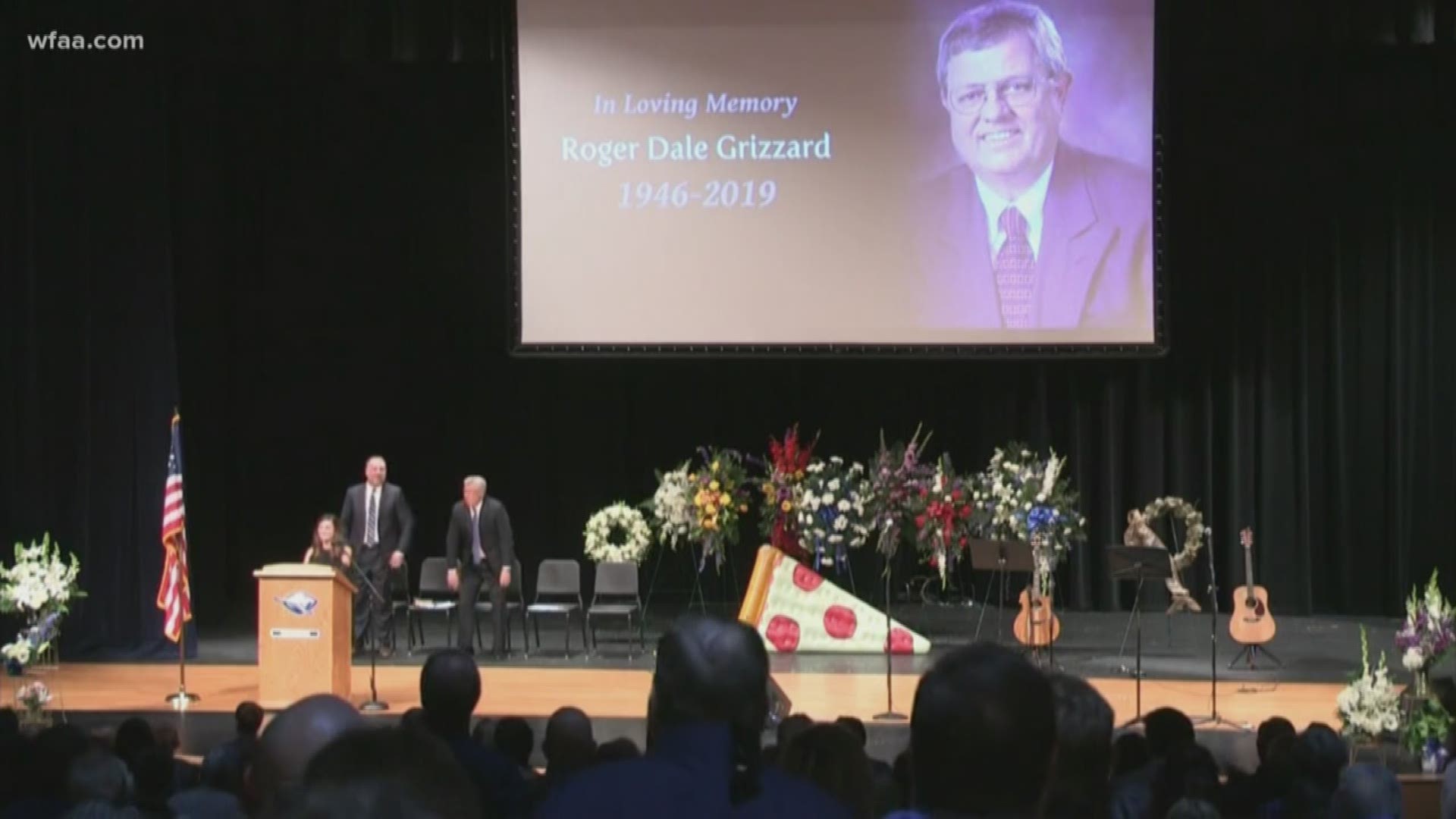 Updated at 3:07 p.m. with information that the restaurant has temporarily closed due to broken ovens.

For pizza lovers, The Pizza Place in Weatherford is a slice of heaven. In fact, step inside and all you see is appreciation.

So imagine the shock when, two months ago, The Pizza Place announced that after 43 years the doors would be closing.

“It was difficult, but we had to do it,” said co-owner Jeanine Grizzard.

Grizzard said what made this place special was her co-owner and husband, Roger.

“He devoted his whole life to this place,” she said. “He was up here from the time it opened in the morning until it closed at night, about six days a week from the time we moved here until the day he died.”

Back in May, Roger was killed when the car he was driving was hit by a truck. Grizzard suffered minor injuries, while their son has spent the past two months recovering in the hospital.

Roger’s death was a devastating loss — not just for his family, but the entire community.

“I couldn’t stay away from here,” said Roger’s friend Sheri Winblood. “I sat on the porch for 12 hours that day.”

Winblood worked for Roger 20 years ago and wasn’t the only one to visit the restaurant that day. Dozens of people stopped by to place flowers and cards on the doorstep of The Pizza Place.

A Vietnam veteran, Roger taught at Weatherford High School for 21 years. He’d always been so generous, so kind and always went out of his way to help others.

Roger touched so many people, they had to hold his memorial service in the high school auditorium because there wasn’t a church in Weatherford big enough to hold all the attendees.

Clearly, Roger was loved, too. But nobody really knew just how much he was loved until last week when Grizzard decided to reopen The Pizza Place.

Jeanine expected a big crowd but never imagined what would happen.

The first day back in business, customers lined around the building, and at least a dozen former employees came back to work for free.

Winblood even quit her job and returned to The Pizza Place full-time as manager. Eventually, when he’s fully recovered, Jeanine and Roger’s son, Tyler, will take control of the restaurant.

That first night back open, they served nearly 400 pizzas before running out of supplies, and it has been that way every day since.

Grizzard said The Pizza Place is here to stay because, like Roger, their job may be to sell pizza but their calling is to serve.

And now the restaurant has served so many pizzas since reopening that the ovens broke Monday. The Pizza Place will remain closed until new ovens can be purchased.

People have donated nearly $10,000 to the restaurant's GoFundMe to reopen The Pizza Place — again.

RELATED: Paralyzed in hit-and-run crash, young North Texan now inspires others one step at a time

RELATED: Mother shares her journey with grief after losing sextuplets