Can you and your mate pass the Olympia Pinball Museum's compatibility test? #k5evening 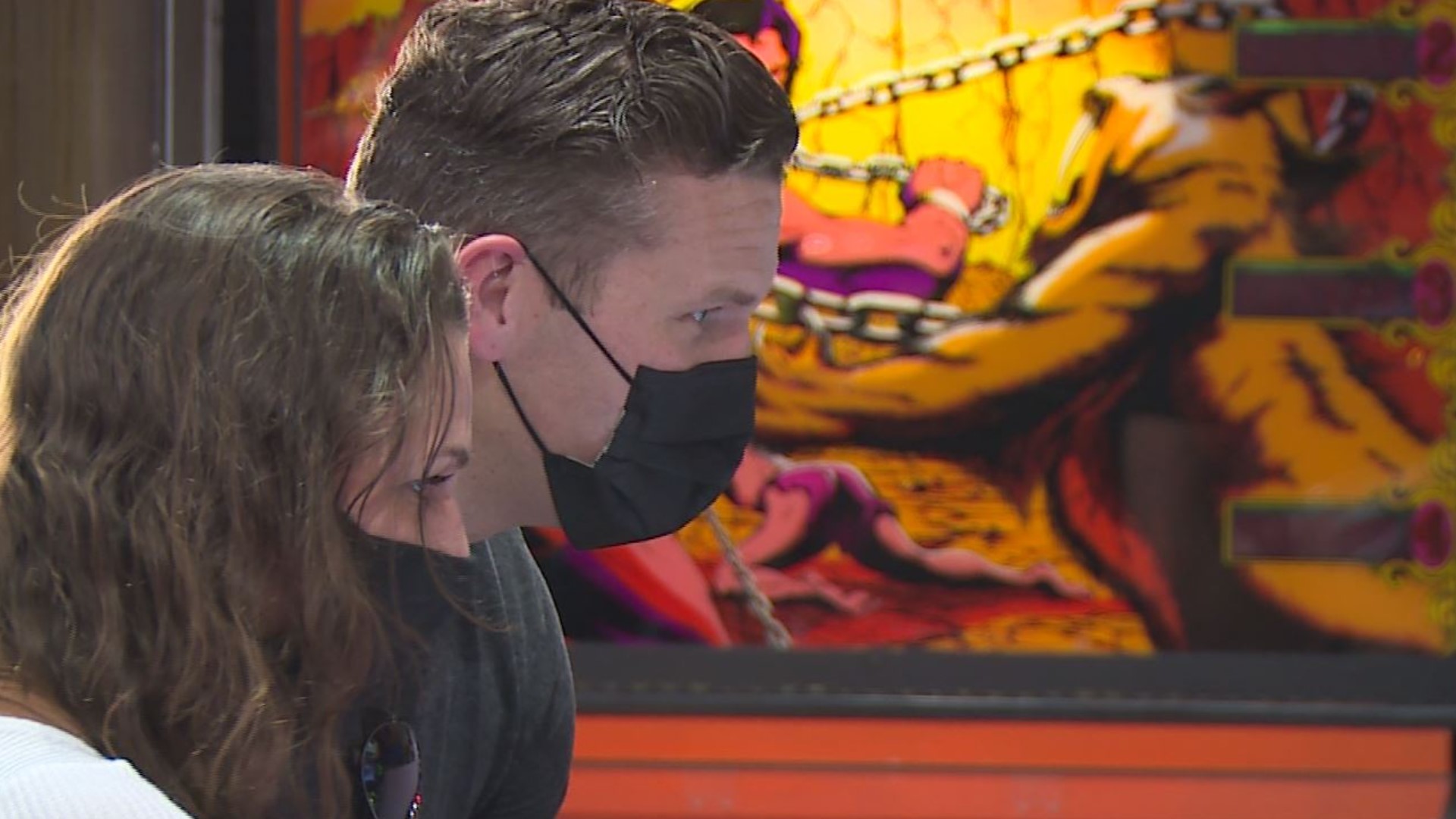 OLYMPIA, Wash. — At the Olympia Pinball Museum you can play with Houdini, Metallica even the Beatles. But owner Tonya Bergum says her favorite game is watching couples play together and figuring out if they're a good match.

“Playing pinball, you can kind of get the feel of somebody, on how they win or lose, whether they get angry or they get happy,” she says.

She's watching Owen Harris and Katrana De’Armanni play, a couple who met the summer before the pandemic.

“We were in quarantine together,” says Harris, “and you were either going to make it or break it”.

Bergum knows something about love and pinball. Back in the early 90's she and her future husband Welby stoked their romance over a pinball machine
called Fire.

“I just knew he was the love of my life,” she says.

They're still playing together.

“We bought our first pinball game right after we got married and we just loved it so much we kept collecting,” she says. “Until we had around 100 of them.”

Enough to open a museum.

“It helps them forget about their troubles or their problems,” she says. “Everybody leaves so happy.”

Including the couple we met earlier. They pass Bergum’s pinball compatibility test with flying colors.

“I can tell by the way you guys play together that you are going to have an awesome future,” she tells them. “You guys are doing great.”

Love and pinball. A match made in Olympia.

The Olympia Pinball Museum is open Friday and Saturday from Noon to 7 PM. $20 buys you a day pass. The museum is located at 509 Capitol Way in Downtown Olympia.