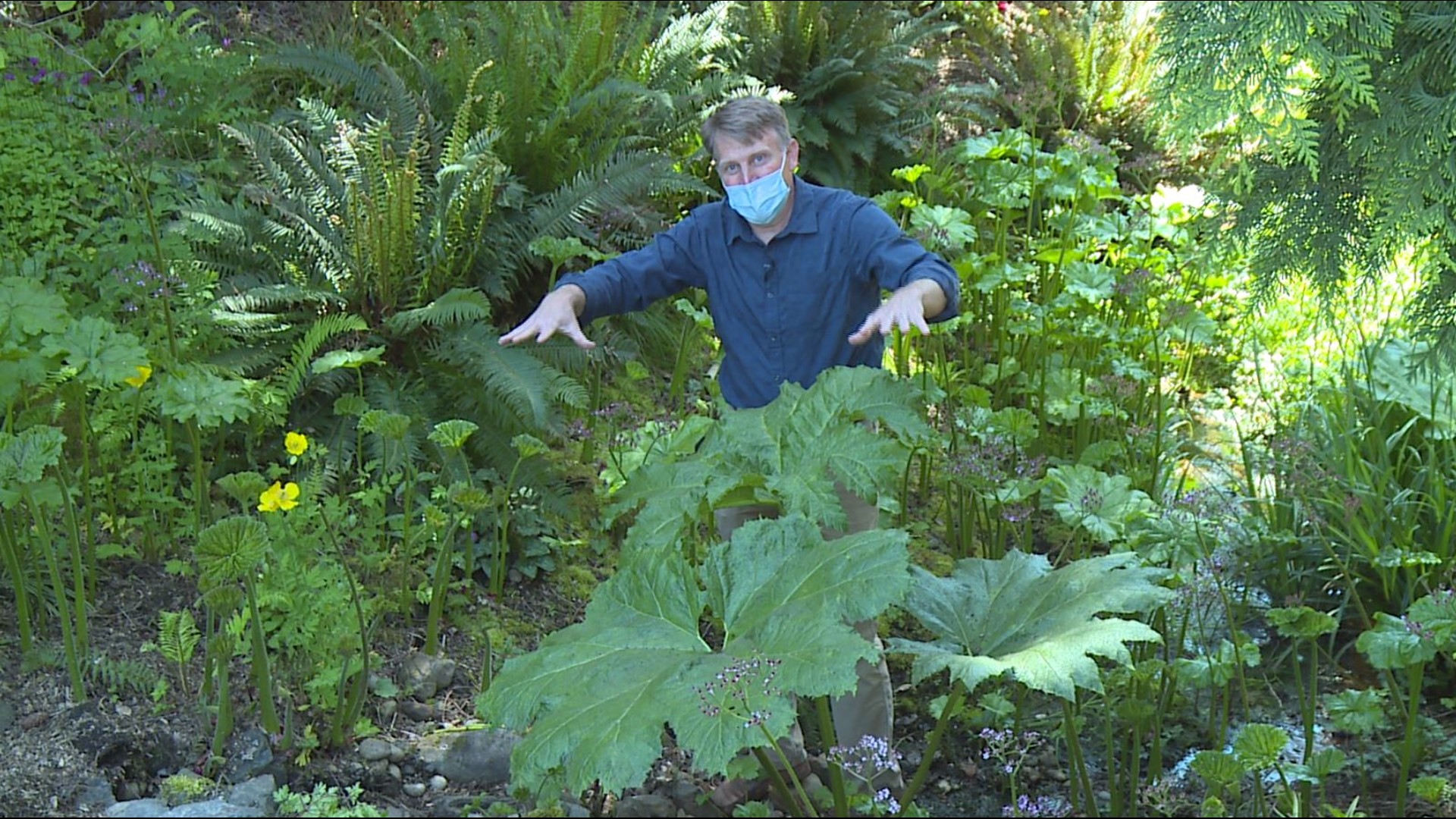 KINGSTON, Wash — At Heronswood Garden you'll find nine thousand kinds of flora. Many uprooted and transplanted from far away. That’s something the new garden director here can relate to.

“This is the kind of place where a plant nerd like myself can come and nearly every plant is one you've never seen before,” says Patrick McMillan, who recently moved here from Clemson University.

There, he ran the South Carolina Botanical Garden and starred in a P-B-S series, Expeditions with Patrick McMillan, where he showed off the natural world.

“I was one of those kids who had a childhood where my best friends were plants and animals,” says McMillan. “ I grew up in the mountains of North Carolina and for me school was kind of the pesky thing they got in the way of being out in the woods and exploring every single day.”

When other kids were learning to spell McMillan was memorizing the Latin names for plants and animals. On the 15 acres here, McMillan will pursue the vision of Heronswood co-founder Dan Hinkley.

“Dan had such an eye for getting the unusual and the elegant into this place,” he says, “and I think that's something that will never change about Heronswood. We always want to be that sort of really extreme plant zoo where you go and see things that no other garden has and nobody else is doing.”

The garden is now owned by the Port Gamble S'Klallam Tribe, whose heritage is reflected in the new Renaissance Garden.

“It is here to honor the return of life to our forest system,” says McMillan. “This place really is fern-dominated. We are a ferny place.”

McMillan wants visitors to leave Heronswood in awe, reminded that we live on a planet worth saving.

"Absolutely a planet worth saving because only when we save that are we going to save what's really important to us," he says.

Should McMillan ever get homesick for the Carolinas, there's a patch of trillium he can visit here at Heronswood.

"All of this stuff is North Carolina," he laughs.