Artist Peter Bagge on the release of the archival collection of his bestselling comic book series some call the ultimate time capsule of Seattle's Grunge era. 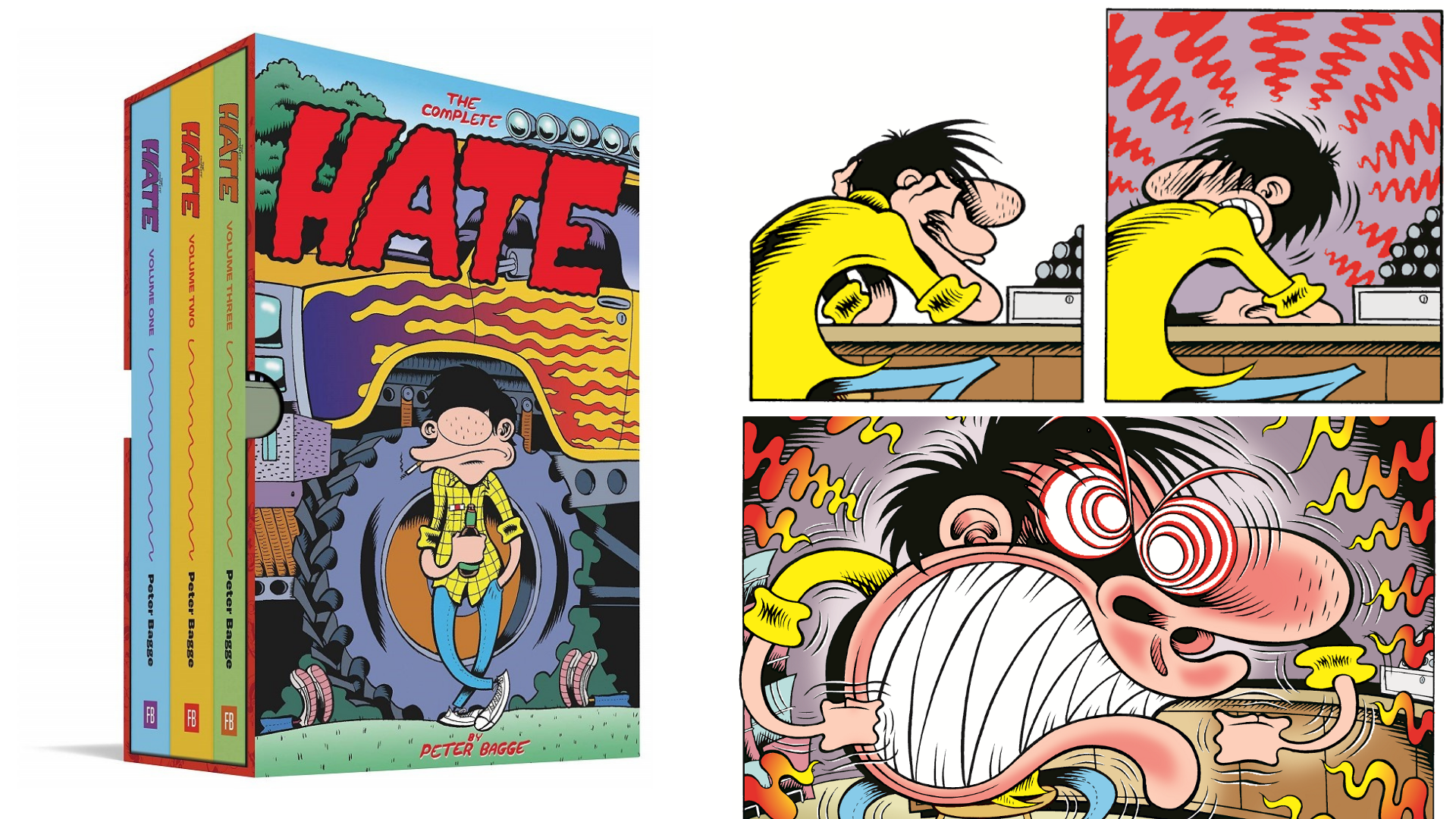 SEATTLE — An Interview with Artist Peter Bagge, author of the bestselling alternative comic book series, "Hate" and the release of the new 3-volume archival collection, The Complete Hate, that includes the original 1990-1998 30-issue run, the nine subsequent Hate Annuals, and tons of other Hate-related comics, illustrations, and ephemera created for books, magazines, comics, toys, and other merchandise.

About Peter Bagge:  Peter Bagge created Hate, one of the best-selling and most formative comic book series of the ’90s. Born in New York in 1957, after graduating from the School of Visual Arts, Bagge contributed to and, along with R. Crumb, edited the underground anthology Weirdo. Since then Bagge's numerous original graphic novels and collections of comics have won him two Harvey Awards (one for Best Cartoonist in 1991), an Inkpot Award, and garnered six Eisner Award nominations. His social commentary cartoons run in the magazine Reason, and his recent biography of Planned Parenthood founder Margaret Sanger is critically acclaimed. He lives in Seattle, Washington.