The cookbook even got a social shout-out from Chrissy Teigen. #k5evening 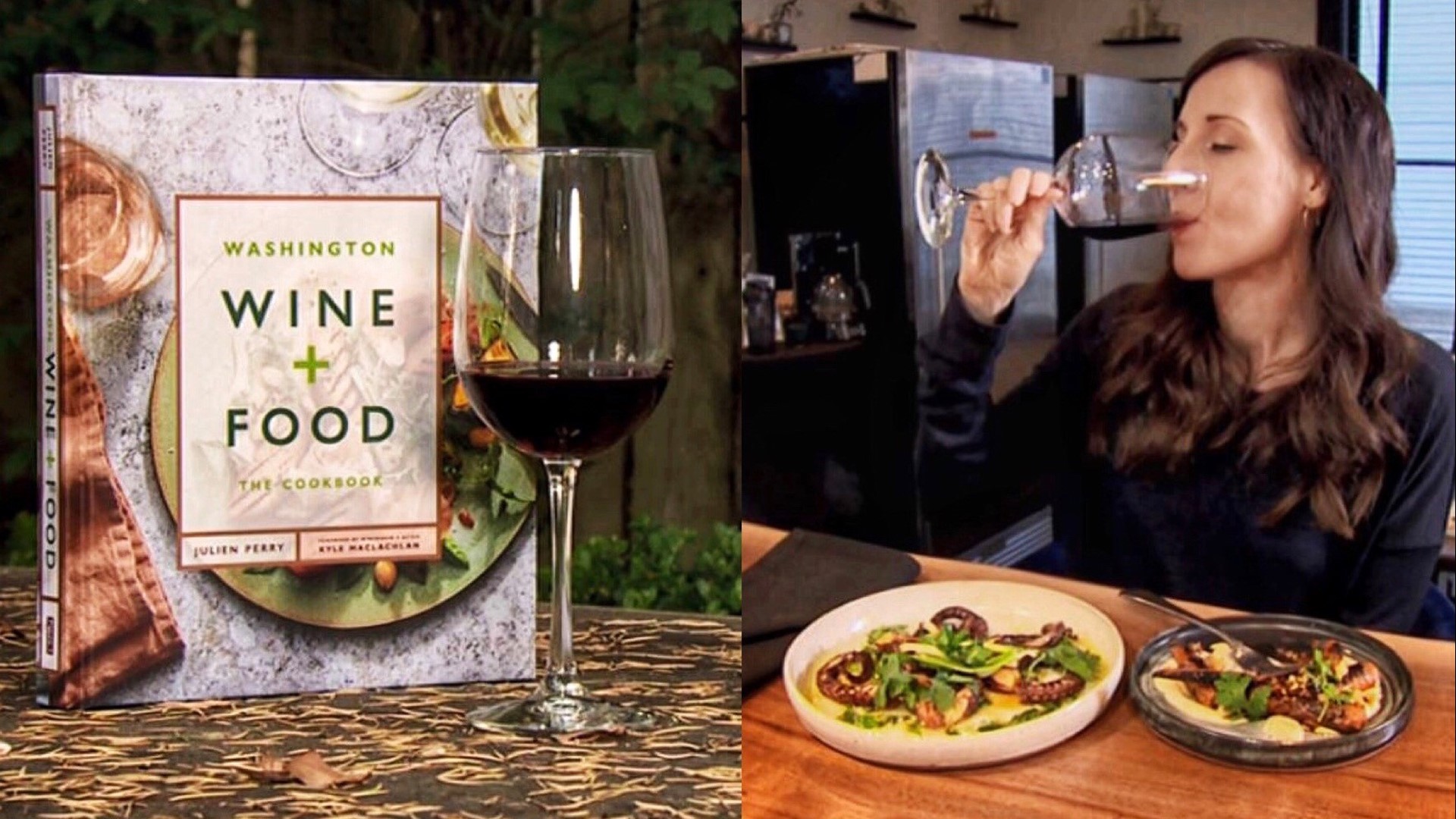 SEATTLE — The last time we met up with food writer Julien Perry, she had just published a compilation cookbook of some of Seattle’s best chefs. Her latest release offers something new to drink in.

"In 2018, I wrote a book called Seattle Cooks, which was a collection of 40 of Seattle's best chefs and 80 recipes. And this is basically the winemaker version of that," said Perry.

In Washington Wine and Food, Perry pairs Seattle chefs with some of Washington’s best winemakers.

The chefs she knew, but the winemakers she had to seek out.

"I basically just got in my car and started taking road trips every weekend," said Perry. "The wineries span across Washington State so it's Walla Walla and Yakima Valley and Chelan and the Gorge and Woodinville."

Once she whittled her wine list down to 40 wineries, the next ingredient for her book was the chefs.

"I paired each winemaker with a chef from Seattle, and just like Seattle Cooks, the chefs gave two recipes to pair with two wines from each winery."

"Chefs like Ethan Stowell who was paired with Sleight of Hand Cellars in Walla Walla and he made potato gnocchi with beef cheeks ragu. You have Logan Cox from Homer. And he was paired with Col Solare. And he created a grilled porcini with nettle yogurt and black garlic. And then you have someone like Arron Tekulve, he created six recipes for this book total,” Perry said. “So, there’s something in there for everyone."

To Perry’s surprise, everyone even includes the queen of Twitter, Chrissy Teigen.

"I knew she had been sent a copy of the book, but I just thought, well, how many cookbooks must this woman get? Tons! Like never will we hear anything."

But Teigen did get the cookbook. And she liked what she saw.

Teigen said on Instagram, "I just got this book in the mail and it is incredible. It's like elevated comfort food. It is exactly my style."

"The fact that she had put Post-It notes on the recipes she wanted to cook from, she's actually going to use the cookbook. This is crazy. What that did to the book was insane. It shot up to number 1 best seller in like 5 different categories on Amazon almost immediately."

Celebrity endorsements aside, Perry hopes people who pick up Washington Wine & Food will appreciate the bounty we have in our own backyard.

"Winemakers and chefs are so great. They are the perfect pairing," said Perry.

Washington Wine and Food: The Cookbook will be released on June 30.