Women composers, songwriters in WA getting new opportunities with grant

The funding comes after a momentous year for women in many industries whose struggles were exposed through the #MeToo movement. 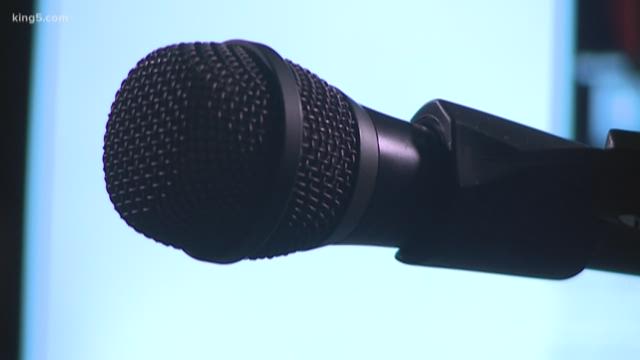 There's a push to create more opportunities for women in music. Specifically, for songwriters and composers who have had a difficult time making an impression in the field.

“The landscape is very male and has been for a long time,” said Kaley Lane Eaton, a composer.

Her work challenges listeners' expectations of what music should sound like, but before she could write those notes, she had to overcome some challenges.

“I can't tell you how many opportunities I haven’t pursued because I knew that the people who would be involved in it would be hostile to me because I would be the only woman,” Eaton said.

Eaton says she chose her career after seeing how few women were in songwriting and composing. She later conducted research for her master’s degree in composition and interviewed several women.

“Almost all of them had been assaulted or harassed by a mentor, or by a teacher, or by somebody senior to them in their field,” she said.

Her experience is something the Allied Arts Foundation, a Seattle non-profit, hopes to change with a round of new grants meant to provide more opportunities for women composers and songwriters in Washington state.

The funding comes after a momentous year for women in many industries whose struggles were exposed through the #MeToo movement.

“We need to make sure that we're lifting women up and letting women have success in this field so that younger women have role models,” Eaton said.