Growing up, she never imagine singing as a career. #k5evening 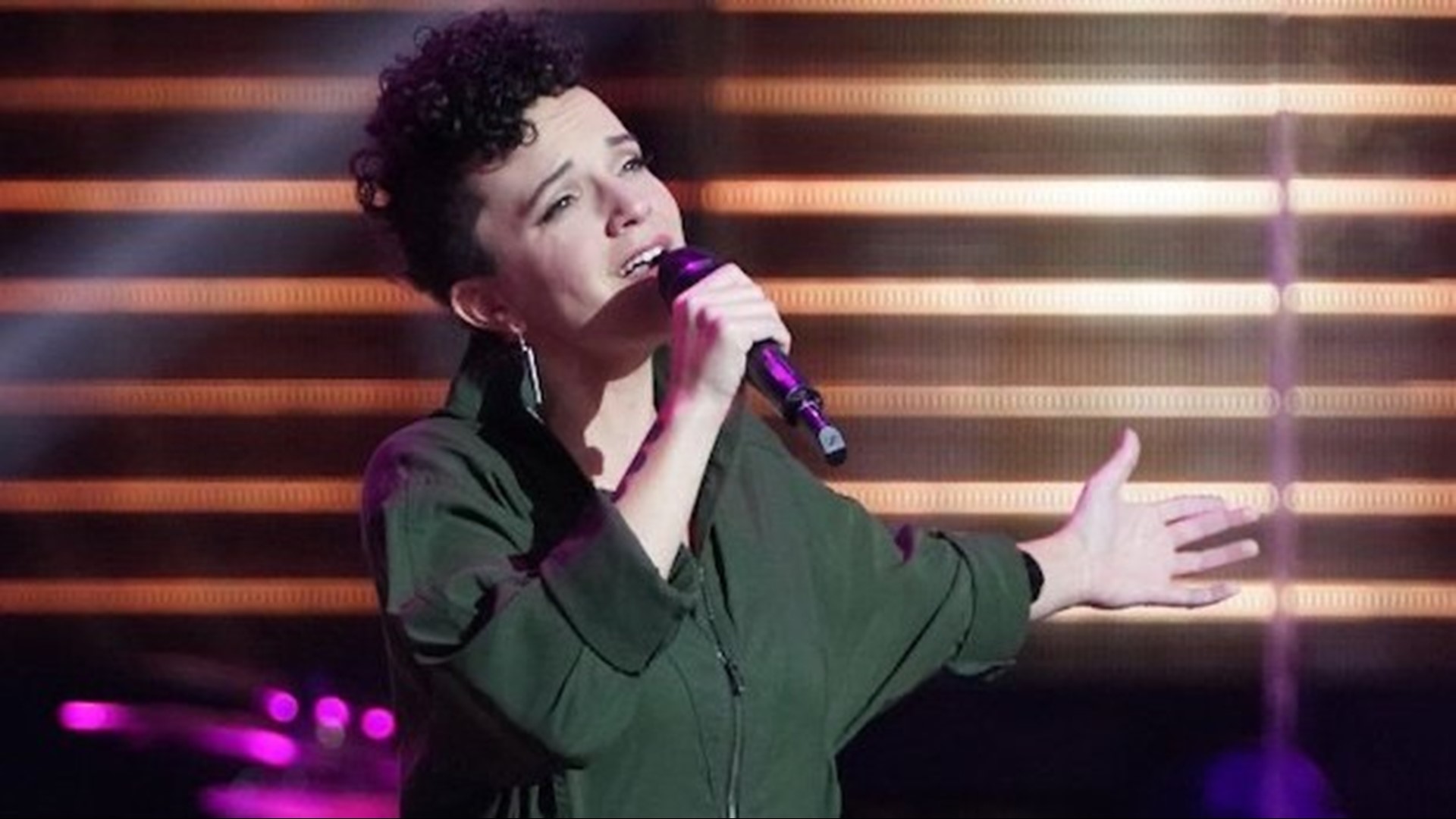 SEATTLE — Millions of people have tuned into The Voice over the years. But Seattle singer Halley Greg admits, she was not one of them.

"To be honest, I didn't watch it a whole lot. My main exposure to The Voice was knowing that my uncle was super into it."

Though she grew up doing musical theater in Kennewick, Halley says when it comes to singing solo, she always suffered from extreme stage fright.

"It was incredibly paralyzing. I remember, like, when I first wrote my very first song, I just was trying to play it in a living room with four of my really close friends. And I was like, shaking like this, like, you know, my friends could like, see my hands shaking as I was trying to play the keyboard."

A stint as a backup singer in Seattle not only helped her gain confidence, she also found her own voice.

"And that's when I started getting gigs on my own and one thing led to another and then the by fall of 2019 I was forming my own band and making plans to go to the studio and do recordings and release my own music."

But her budding music career needed a kick.

"I ran the Kickstarter, basically, through January of 2020. Was fully funded, and then some."

It was after posting an audition recording for NPR's Tiny Desk concert that she got a message from another show instead.

"I got contacted by a recruiter for The Voice, just like a message on Instagram saying that she had stumbled across my Tiny Desk video of the song that I wrote, Why Do You Love Me, and that she wanted me to send in an audition video."

She went from audition to contestant. But not even 17 seconds into her Blind Audition on The Voice, Kelly Clarkson pressed her button.

"Kelly Clarkson is incredibly wonderful. She's just exactly as bubbly and upbeat and beautiful as you know, everybody would expect her to be from what you see on the show. She's amazing."

You'll have to tune in to see how she does in the Battle Rounds, but whatever happens, this once-shy singer is ready for the spotlight.

"It's been amazing to actually have the support that the show has given us and I feel like I've grown a lot."

Halley Greg's first album American Harlot is out now. You can find it on iTunes and on Spotify.