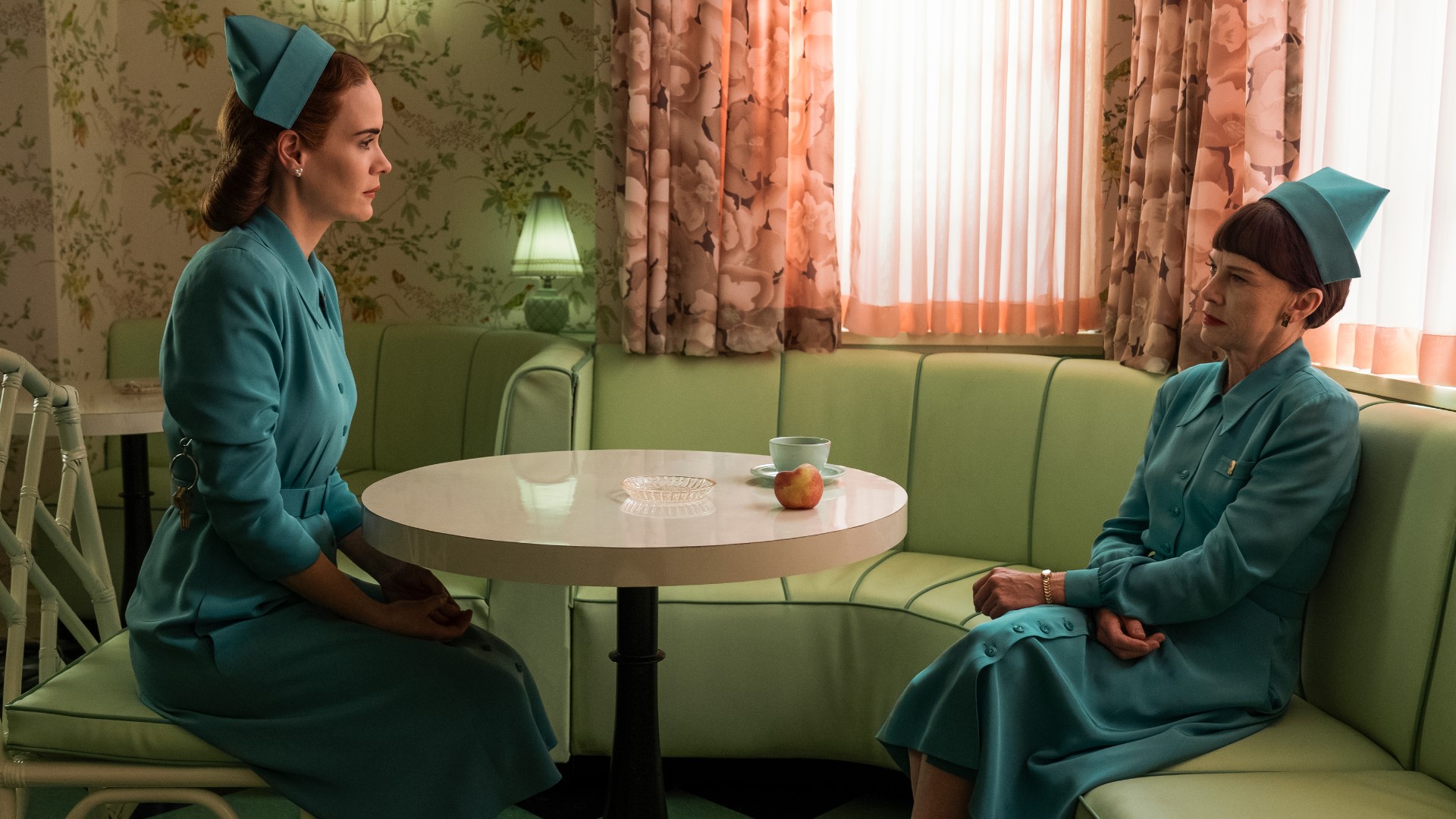 SEATTLE — Few shows can fold horror, drama, suspense and comedy into a period piece, but Ratched isn't like most shows.

It's the origin story of Nurse Mildred Ratched, based on the character from One Flew Over The Cuckoo’s Nest. The series is set in the post-World War II era, when she’s just getting started at a spa-like mental hospital on the Central California coast.

From the costumes to the sets, the show is a technicolor juxtaposition between beauty and horror.

"I really loved Dr. Hanover's (head of the mental hospital) office the best,” said actor Cynthia Nixon. “Not only did it have his magnificent desk and his enormous table that you could have board meetings at, but a complete and elegant bar in one corner. I mean, that's the office that I want."

"I have a Judy Davis problem really,” Paulson said. “I should really seek some professional help about it. I just think she's the best actress there is, so for me it was nerve-racking because I thought, she's going to have to deal with this person who's like, 'Hi Judy! Good morning, Judy! What are you doing, Judy! Should we talk about the scene, Judy? What'd you do this weekend?' I mean, it's just a lot for a person to take."

Laughing, Davis responded, “No, no Sarah. It was great, she was great. She was quite special.”

Jon Jon Briones plays the questionable Dr. Hanover, who oversees the treatment of a patient/inmate charged with horrific murders, played by Finn Wittrock. He’s starred in several movies and shows created by Ryan Murphy, and joked about welcoming new actors into the world.

"Yeah, we have a hazing process that we take you through, it's very brutal, we can't talk about it," he said.