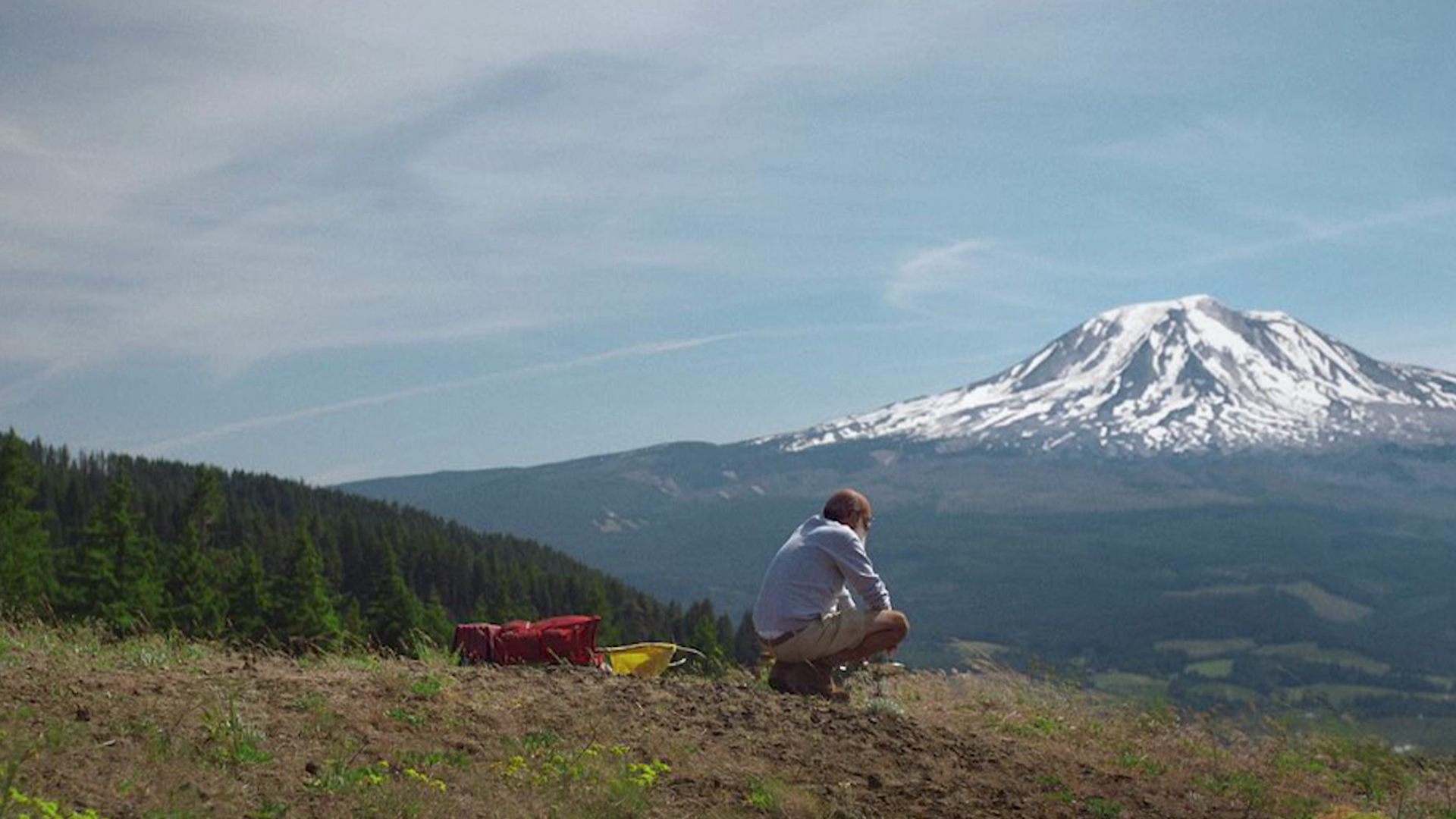 Shot on location in Washington and Oregon, the movie's based on the book Where Bigfoot Walks - Crossing the Dark Divide by renowned Northwest nature writer Robert Michael Pyle.

Both follow Pyle's misadventures hiking this 1.3 million acre wilderness to catalog butterflies after losing his wife to cancer.

“The park that I spent my time in and where the movie takes place is in the area called the Dark Divide, it's the wild center of the GP, of the Gifford Pinchot,” explained Pyle from his home in Astoria, Oregon.

Anyone who's ever ventured out of their element will appreciate Cross' portrayal of Pyle in the movie as he fumbles with a compass, is terrorized by dirt-bikers, and slips in … well you’ll have to watch the movie. The comedian and Arrested Development star plays Pyle with a blend of sweet earnestness and spot-on physical comedy.

But the real-life butterfly hunter would like to clear something up right now: "I was a little more adept in the woods than my character comes across in the movie,” laughed Pyle, who added that it was both a joy and a humbling experience to consult on the film and work with the cast and crew.

The indie film was shot in less than a month, in the actual Gifford Pinchot and in parts of Oregon. Evening’s Saint Bryan had this question for Cross:

"David what made you think that 22 days spent mostly in the forest was going to be something you'd want to do?"

“Well I have pretty good health insurance, so, that was a help.” Cross replied.

Producer and Director Tom Putnam spent a lot of his childhood in the Gifford Pinchot, and had optioned Pyle's book for a movie years ago because of his love of the area and the book.

He usually makes documentaries, so much of what you see in the movie is real, not CGI.

Cross, who did some of his own stunts, says his time spent in the wilds of the PNW shooting the movie was “Without question, the hardest, physically the hardest thing I've ever done.”

Local tourism advocates hope this movie will inspire real-life adventures as well as better understanding about how fragile these places can be.

“We're excited about the release of The Dark Divide because it celebrates and showcases our public lands so beautifully, and delivers a really timely message to all of us as visitors to the outdoors to respect the natural environment,” said David Blandford, Interim Executive Director of the Washington Tourism Alliance.

The Alliance encourages all visitors to the states wild areas to follow #RecreateResponsibly guidelines as exploring the outdoors has grown in popularity in the wake of the COVID 19 pandemic. Also, as of this writing, the Big Hollow Fire is burning in parts of the Gifford Pinchot National Forest and there is a closure in effect for the southwest portion. All the more reason to plan ahead, do research, and explore Washington's wild places responsibly.

Like the book, the movie takes on the mythical creature that's rumored to roam the southern Washington Cascades.

Saint asked Tom Putnam if he was a Bigfoot believer:

“I don't know that's a good question. I would love to live in a world where Bigfoot could be real,” said the producer and director.

Then he asked David Cross. The actor gave him an unequivocal “No.”

Whether you're a believer or not, The Dark Divide celebrates the ‘wild’ in ‘wilderness’.

And how visiting these places can transform us all.