The animated movie with an all-star cast premieres on Netflix April 30. #k5evening 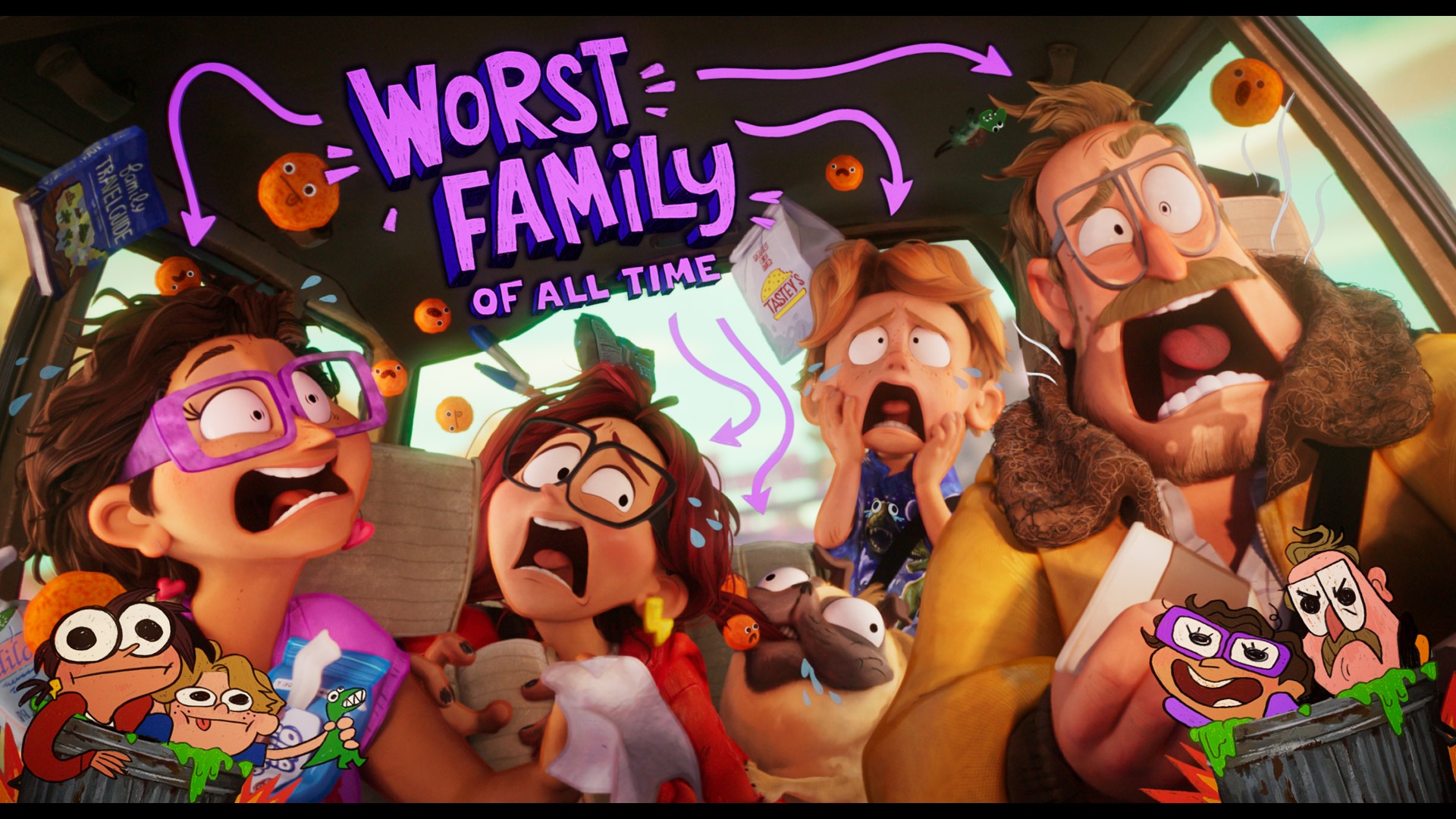 SEATTLE — If you have a flawless family who never argues and lives in a clutter-free house, you might not relate to "The Mitchells vs The Machines."

But the rest of will see a bit of ourselves in the movie.

The new animated Netflix film tells the story of a family in the Midwest experiencing the push-and-pull of generational differences.

Rick Mitchell doesn’t understand or trust technology, even though his artist daughter Katie is heading off to film school to study digital storytelling.

Linda Mitchell, the ever-encouraging mother, is played by Maya Rudolph – who offered advice for how to respond to being labeled “weird.”

"You bet your bottom I am,” she said. “Although I will say, I would not tell my kids to say that because they'd sound like they're from the 1930's."

Katie is played by Abbi Jacobson of Broad City fame. While her character is often at odds with her family, Jacobson has learned to appreciate her own childhood.

"We would go to a pool in the summer and (my dad) would show up after work, and he walked in - he was in a full business suit - and he faked a fall and fell in the pool for all the kids benefit,” she said. “At the time, I was so embarrassed. But that's the raddest move. It was so funny."

In a Hail Mary attempt to bond before Katie starts college, the Mitchells embark on a cross-country road trip. But it coincides with a robot apocalypse – helping the dysfunctional family realize the perfection in their imperfections.

The Mitchells stand in stark contrast to their impeccable neighbors, played by John Legend and Snohomish native Chrissy Teigen.

"The recording session with them was one of our most fun ones, and they were coming up with jokes and stuff, and John Legend sang and I was like, 'This is amazing!'" said writer/director Mike Rianda. “That was the day where I felt like, 'We're really making a movie here, huh?'”

But the film's biggest star may be the family pet Monchi, played by celebrity dog Doug the Pug.

"I'm not going to lie, that was a very large part of the draw for my children, when they found out about the movie,” Rudolph said. “They didn't ask me any other questions, other than 'what's Doug the Pug like?'"

"Saturday Night Live" cast member Beck Bennett plays a defective robot that joins the Mitchell family, and said he hopes audiences find messages of acceptance and resilience in the film.

"The Mitchells vs The Machines" is rated PG and debuts on Netflix on April 30.