An ice rink, a holiday market, giant pretzels and more than a million lights will leave eyes all aglow. Sponsored by Enchant. 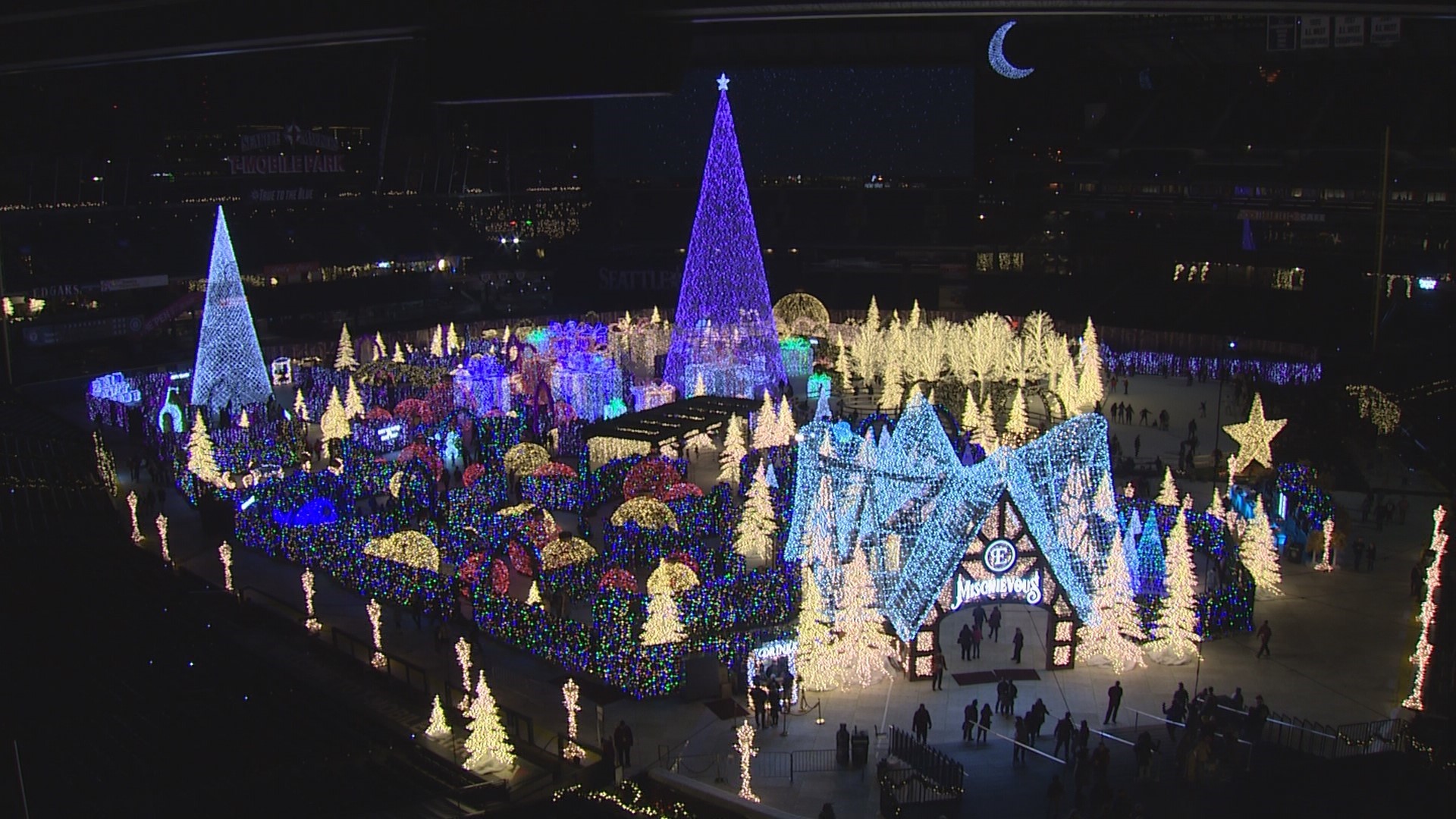 SEATTLE — The best way to start is to stare. Stand up high and take in "Enchant," a maze of lights that covers the Mariners' entire field. "We've kinda given up trying to count. We know it's in the millions," says founder Kevin Johnston of the now countless lights formed into a pony, a train or a plane. Those are just three of the eight toys hidden from Santa by Eddie the Mischievous Elf.

"Once you find all eight, you head to the maze exit and claim your prize," Johnston says. But that's just the beginning. Covering right field is a new and improved ice skating trail, wider this year in its second incarnation. It meanders through a forest of lights.

In left field a light up dance floor changes colors with every step. That's just below Santa's landing, where the lead elf himself will pose with you and yours on the moon. "Not your average department store picture. It's a pretty cool set we've designed."

After all that, you'll be hungry. Not a problem. You can find standard ballpark fare for sure... but also a multi-colored meringue wand can be yours. Or you can feed your whole family with the biggest pretzel you'll ever see. Be sure to "enchantify" if with melted cheese. There's an ice-bar down below too.

Also at the Christmas Market on the upper concourse, you can find a furry hat, chocolate, an ornament or more from 70-plus local artisans showin' off their stuff.

There's nightly live entertainment, roaming carolers, a craft workshop from The Makery and you can find a blanket and a holiday classic movie at Enchant Cinema.

And if mom and dad need a timeout?  Kid Zone to the rescue! "It's a bunch of plush toys and stuff they can just play with and give the parents a little break," Johnston says.

He says Enchant is fifty trailers full of fun. Takes 100 workers almost three weeks to set up. Everything your heart could desire for the Holidays. Just bring your phone fully charged. Most of the outlets are taken.

This story sponsored by Enchant.