A $1.5 million King County project plans to renovate what was once the Fisher Flour Mill into a state of the art 117,000 square foot soundstage for filmmakers. 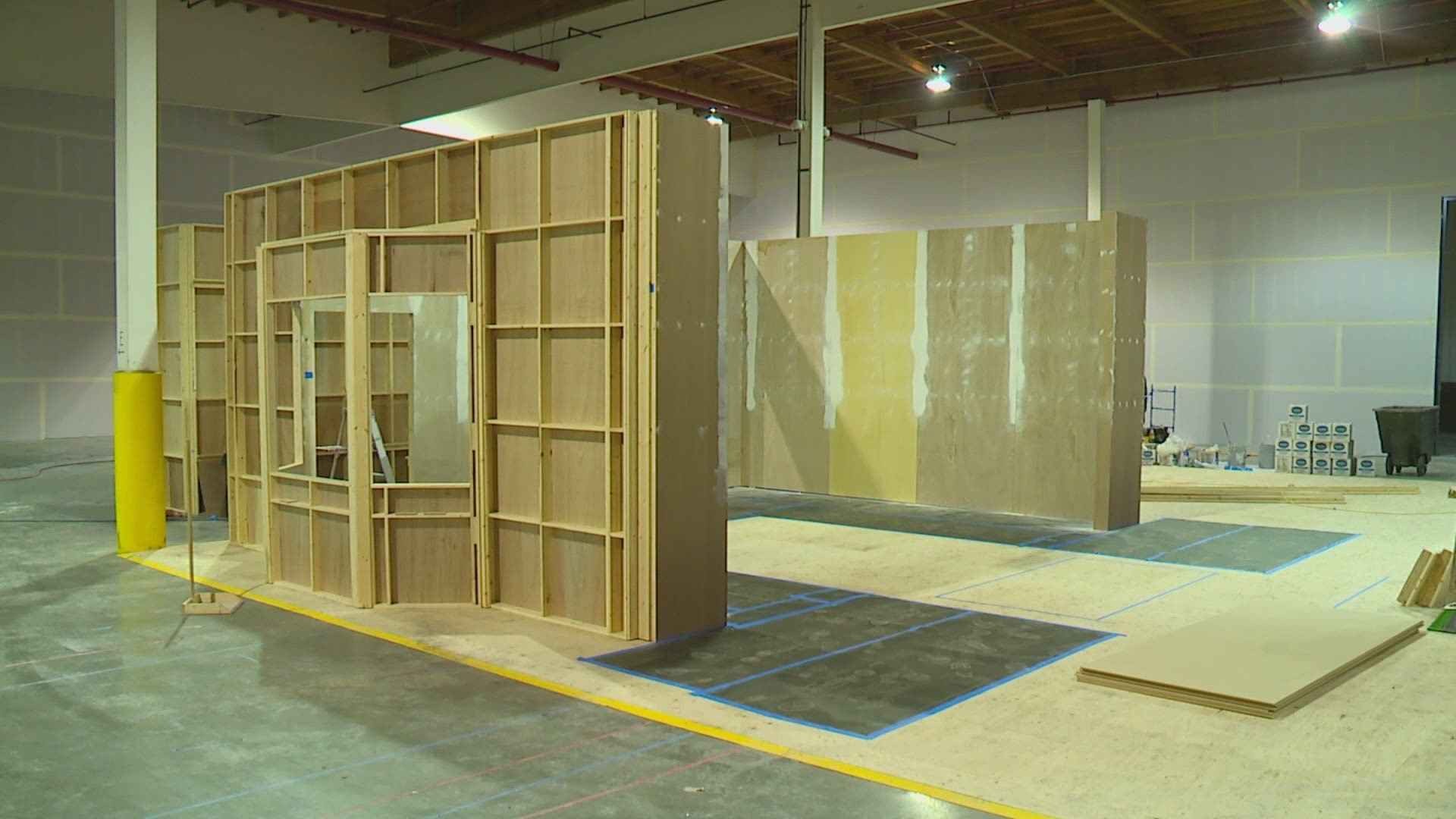 SEATTLE — Inside a mostly unused warehouse between SODO and West Seattle, King County is investing in a plan to lure Hollywood productions to Seattle.

"We don’t want to watch anymore films about Seattle when we recognize the streets on screen being Vancouver or Portland, or heaven forbid, Atlanta," said King County Executive Dow Constantine during a tour of the new Harbor Island Studios on Saturday.

The studio is a $1.5 million county project to renovate what was once the Fisher Flour Mill on Harbor Island into a state of the art 117,000 square foot soundstage.

"Northern Exposure" and the iconic Seattle film, "Sleepless in Seattle" starring Meg Ryan and Tom Hanks, are just two major productions shot in what was once a competitive region for filmmaking.

"We are going to be focusing Kate’s efforts and my efforts on making sure that we are teaming with the State and with the 39 cities in our jurisdiction to provide the economic incentives that filmmakers need to put people back to work here," said Constantine.

It's a plan officials said will produce hundreds of family wage union jobs, from carpenters to electricians, and are already working with a major production set to start shooting next week.