'Kim's Convenience' became a huge hit in Canada, and now it's being performed at Taproot Theatre in Seattle. 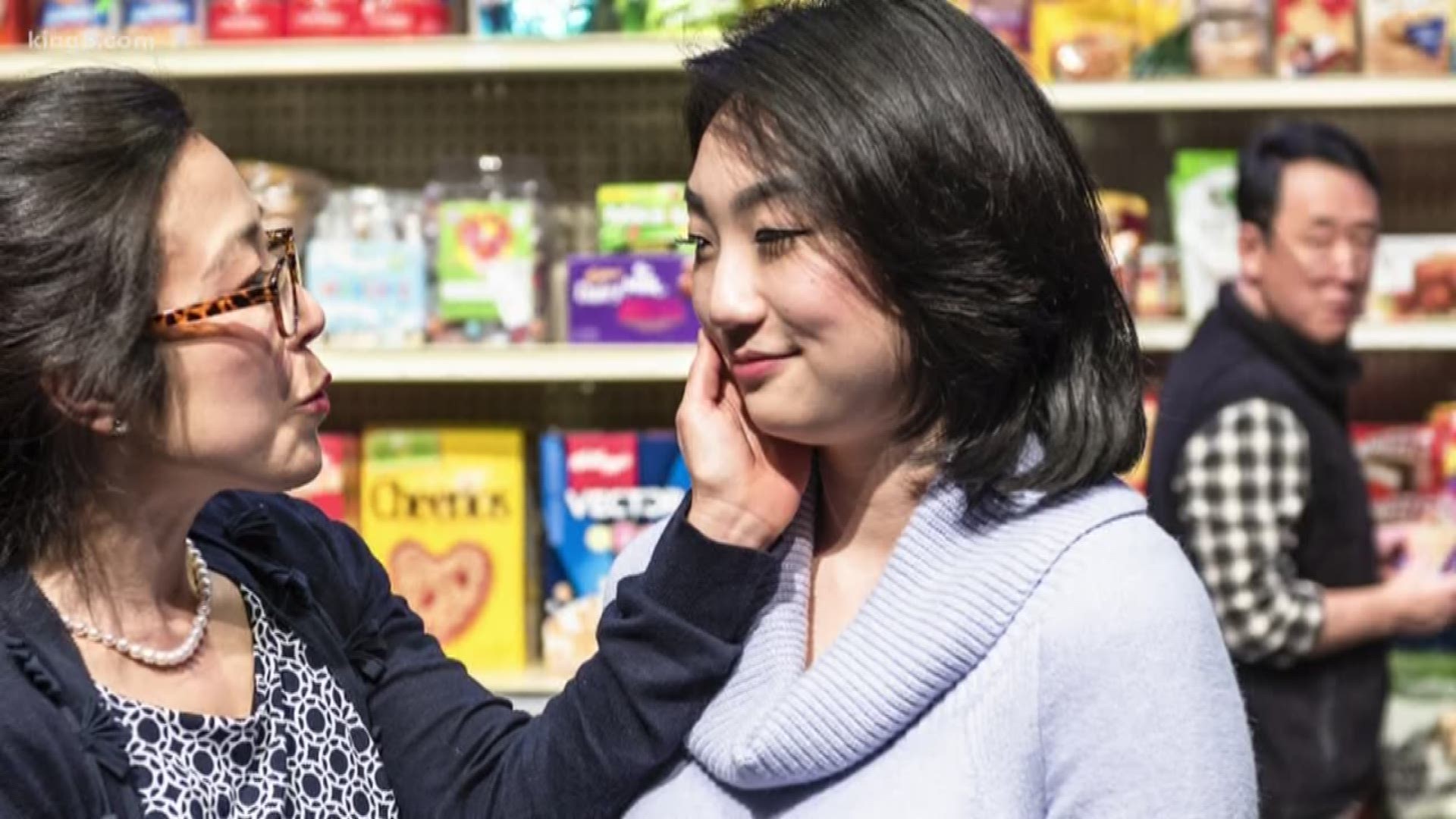 Long before the Netflix sitcom "Kim's Convenience" ever started streaming, it was a story that played out on stage.

The play became a huge hit in Canada and now it's being performed at Taproot Theatre in Seattle.

The story features a Korean Canadian immigrant couple who run a convenience store in Toronto and the relationship with their estranged son and disappointing daughter.

The play highlights the generational and cultural differences that many immigrant families can relate to. But, it's also a universal story about family.

Annie Yim, who plays Umma, recalls reading the script for the first time while she was on a flight from Houston to Seattle.

James Yi, who plays Appa, saw the very first production of Kim's Convenience when it debuted at the Toronto Fringe Festival in 2011.

"I remember seeing all the audience members and it didn't matter if they were Korean or American or white, they were all wiping tears from their face and wanted to call their dad," said Yi. "It goes beyond ethnicity. It's about family."

Co-director Scott Nolte says unlike the TV show, the play takes place in one day and that's not the only difference fans will notice.

"Because it's theatre you can go deeper into the emotions. If you're just used to the sitcom part, you can be surprised that Appa has these other things that grieve him, or the dissension within the family and what that costs the individuals and the flairs of temper and also longing to be loved again," said Nolte.

It's a story that has both heart and humor.

Because the sitcom has such a huge fan base, audiences are coming to the play already prepared to laugh.

"People were ready to laugh before we had said the punch line because they felt they knew who we were from the show," said Lia Lee, who plays daughter Janet.

Lee says this cast is extra special because it's made up of all Korean Americans and she knows the importance of representation, not just on screen, but on stage.

"For me, personally, growing up I didn't know any Asians or Koreans who did theatre," said Lee. "And that made my own personal journey into the arts a little more difficult because they weren't used to seeing that either."