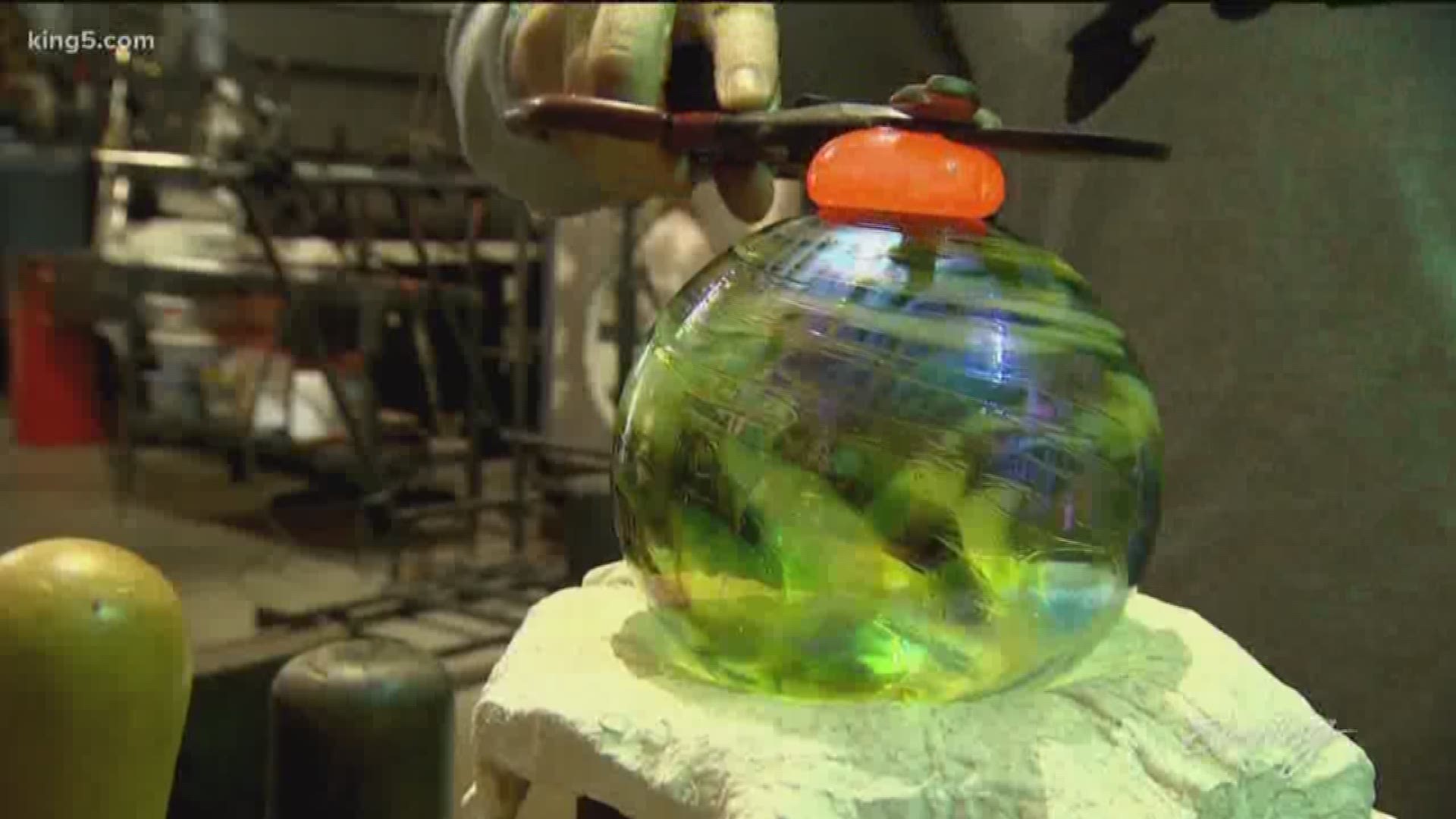 STANWOOD, Wash. — Thousands of people will flock to Stanwood and Camano Island for the 11th annual Great Northwest Glass Quest.

People travel from as far away as the East Coast to participate in the annual treasure hunt, searching for clues to win handblown glass floats hidden in local businesses and parks.

He and his son Marcus make every float at their Glass Quest studio in Stanwood. This year, more than 450 will be part of the “finders keepers” hunt.

"It's really fun to see people… literally jumping up and down," Marcus said.

The father and son team make plenty of other glass art, as well – much of it, based on the nature around them.

"A lot of my inspiration for that sort of thing has been from just walking around the beach, going through the tide pools," Mark said.

Marcus grew up watching his father blow glass. They’ve worked side by side for more than a decade.

"I think (he) actually said to me, ‘Well, we'll see how this works.’ And that was 11 years ago, so I think it's working so far,” Marcus said. “We were always pretty close. I'd definitely say my dad's up there on my list of best friends."