An effort to protect The Showbox from being redeveloped continued Monday as Seattle council members approved a measure to include it in a historical district. 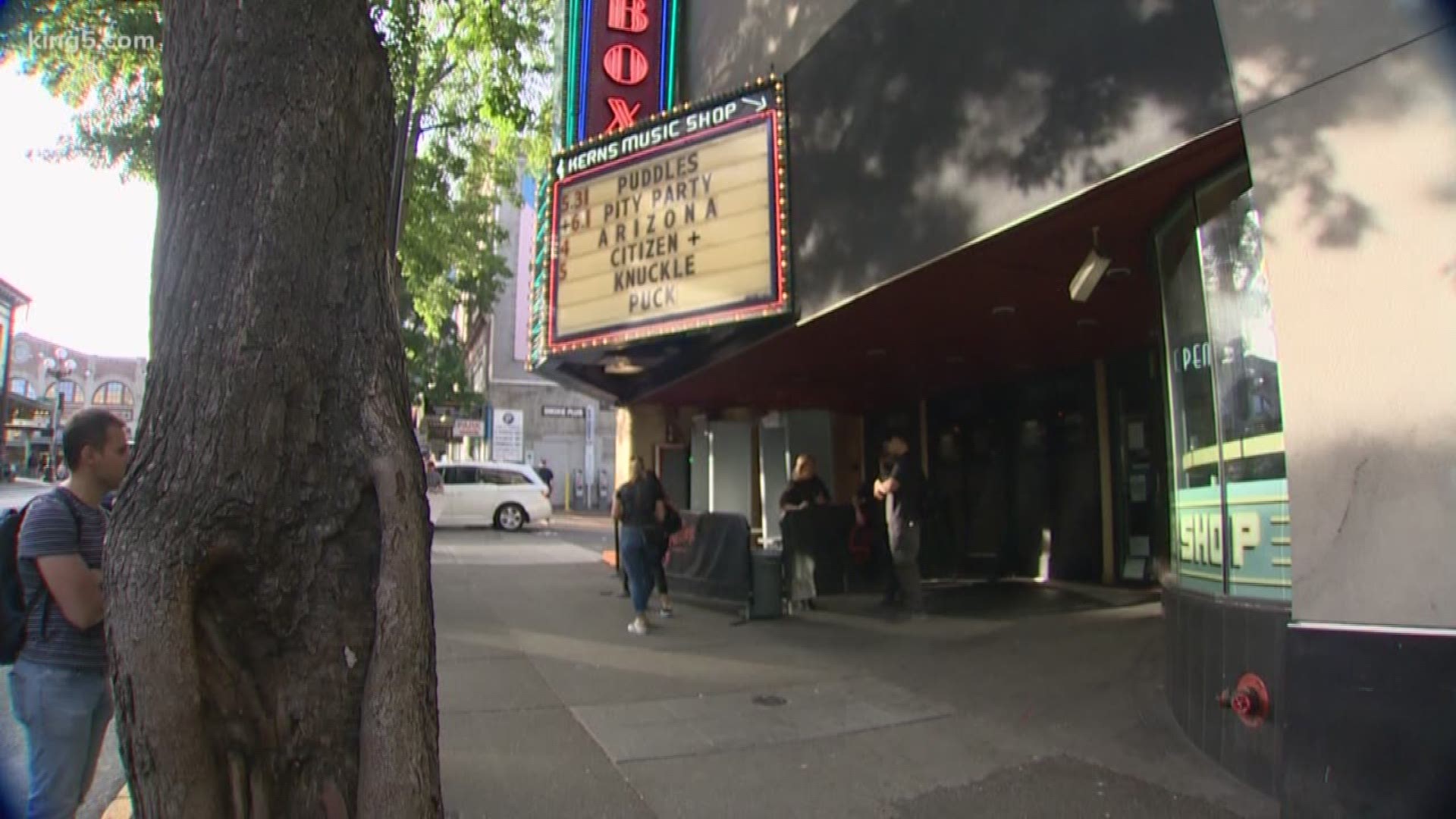 SEATTLE — To give itself more time to consider a permanent expansion of the Pike Place Historical District, the Seattle City Council extended the temporary expansion Monday that has protected The Showbox.

The initial 10-month interim expansion expires on July 23. The ordinance extends the expansion by six months.

The Council passed the measure Monday with an 8-1 vote. Councilmember Abel Pacheco was the lone "no" vote, saying that affordable housing shouldn't be the cost for preserving the venue.

Developers have plans to use The Showbox property for a high-rise apartment building with retail space. But there is pushback from the community over changing the popular venue.

Last week, the city's Landmarks and Preservation Board approved the nomination of the venue for landmark statues. The nomination came a day after a committee recommended the boundary extension being considered Monday.

After Monday's extension of the temporary boundaries, the owners of 1426 First Avenue said the council's actions violated state law and ignored the process for zoning changes.

"The City has had many opportunities over the past several decades to apply landmark protections to 1426 First Avenue, but following extensive expert analysis has consistently decided against doing so until the sudden political action by the City Council in August 2018," Aaron Pickus, a spokesperson for the owners, said in a statement.