Snohomish artist Jim Sorensen draws birds in shoes, and his art has attracted fans around the world. #k5evening 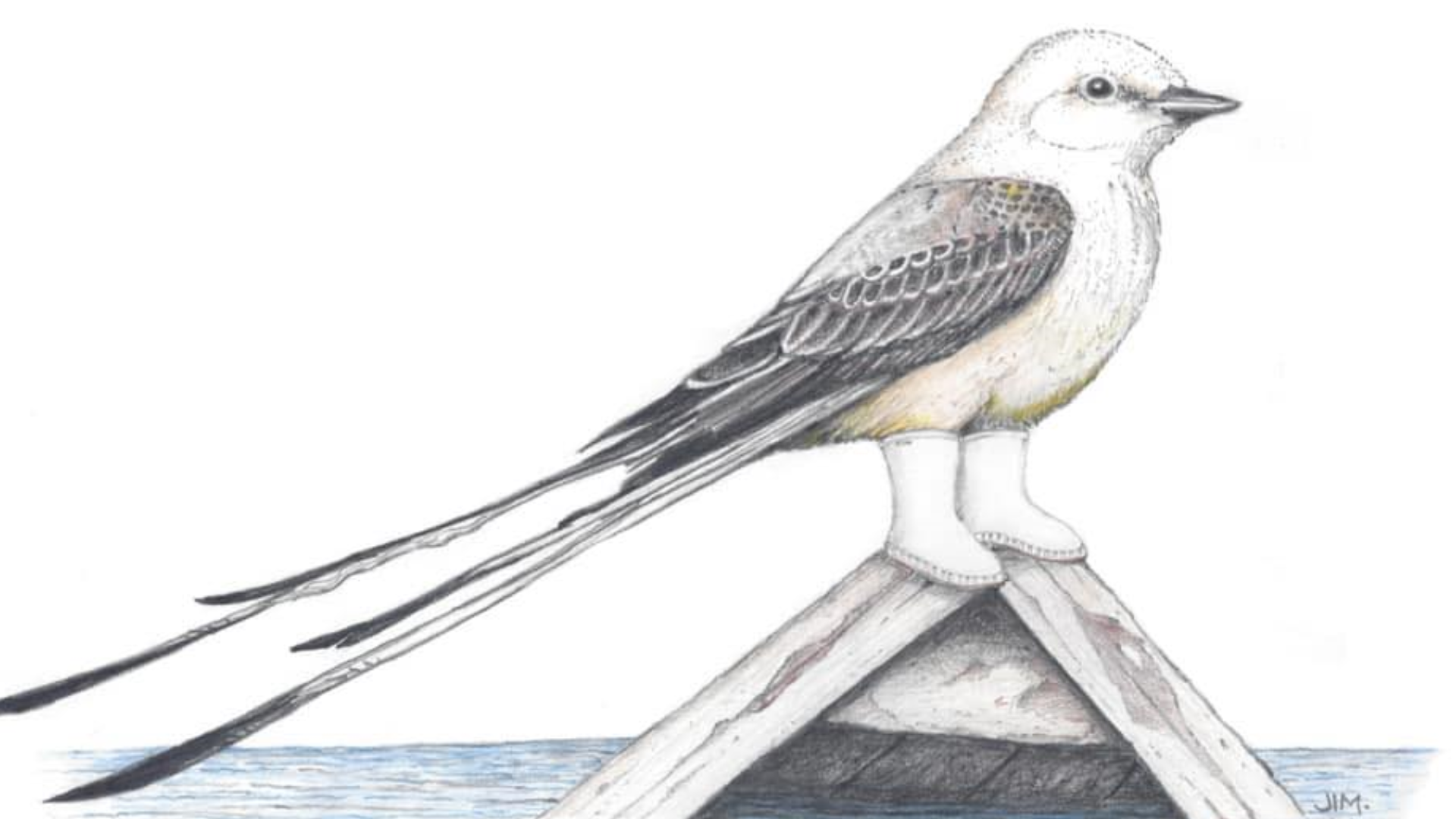 SNOHOMISH, Wash. — Through the years, art has brought joy to Jim Sorensen's life.

"I'm an introvert by nature, and when I was a kid I would just go into my own world and draw," Sorensen says.

But more recently, that joy is spreading to others.

"I saw a picture of a kiwi, and I thought, 'Oh I should put this kiwi in saddle shoes'," Sorensen says. "I did a raven in high tops, and then a stork in wingtips, and my wife said other people would like this."

Little did Jim Sorensen know, his drawings would attract more than two thousand fans in a Facebook group aptly named, Birds In Shoes. His natty feathered friends have amassed quite the following.

"All over Europe, all over Asia, Zambia in Africa," Sorensen says. "It's kind of boggled my mind."

He sells prints, shirts and more on the website RedBubble. Fans suggest his next subjects. People make requests for their own birds. According to Sorensen, he has more than eighty-four requests right now.

But what makes him the happiest is when he can make other people happy.

"Two days ago, someone told me she puts all of my birds in a folder on her phone called, 'I need to feel better today'," Sorensen says, smiling. "That just delights me."

It's a little bit of whimsy in a world that could use a dose of magic.

"I think people hunger for anything that sparks the little kid in them, especially during the pandemic," Sorensen says. "I can even look on Facebook and get depressed! And I think it gives people a little respite from stress and anxiety."

Because if we live in a world that has birds wearing shoes, there's always something to smile about.