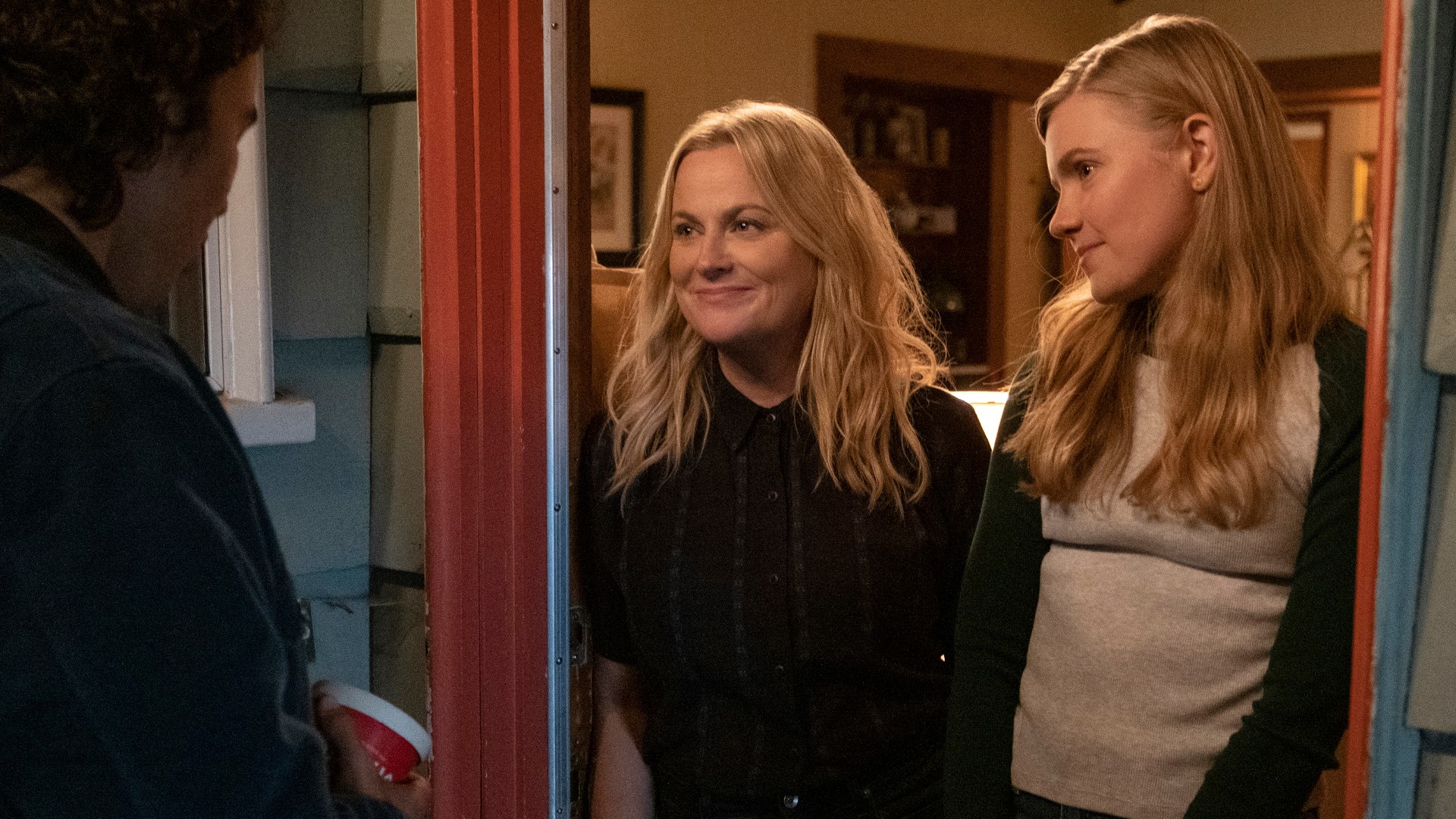 LOS ANGELES — The young women of Oregon's Rockport High are turning up the volume.

'Moxie,' directed by Amy Poehler, takes on sexism from an unapologetically feminist point of view.

Poehler also stars as the mom of a shy girl-turned activist named Vivian, who's inspired by 'riot grrrl' bands, some from out of the Olympia music scene.

"In the process of discovering who Vivian was or becomes, I think the music was a huge part of that," said Hadley Robinson, who plays the character in the film.

RELATED: Does this century-old portrait look like Tina Fey? Amy Poehler thinks so

The movie is a serious turn for the hilarious Amy Poehler.

"I hope they're not surprised," Poehler said. "I think that the basis of a lot of the work that I do is trying to connect and feel, and try to uncover what's underneath all this human behavior."

The male side of the cast is led by Nico Hiraga, who's also a professional skateboarder with a topless reputation.

"I do not like wearing shirts," Hiraga said. "I sweat so much when I skate."

Patrick Schwarzenegger, son of Arnold Schwarzenegger and Maria Shriver, plays the bad guy who is harassing female students. Schwarzenegger says he tried to understand the character's psychology in order to play him with depth.

"People act out in a certain way based on something that's maybe happened to them in their life," Schwarzenegger said. "There's a lot of different psychological reasons, and reasons that people do that in the real world."

By tackling serious issues with heart and humor, maybe a little 'Moxie' will make life easier for the generations of students to come.