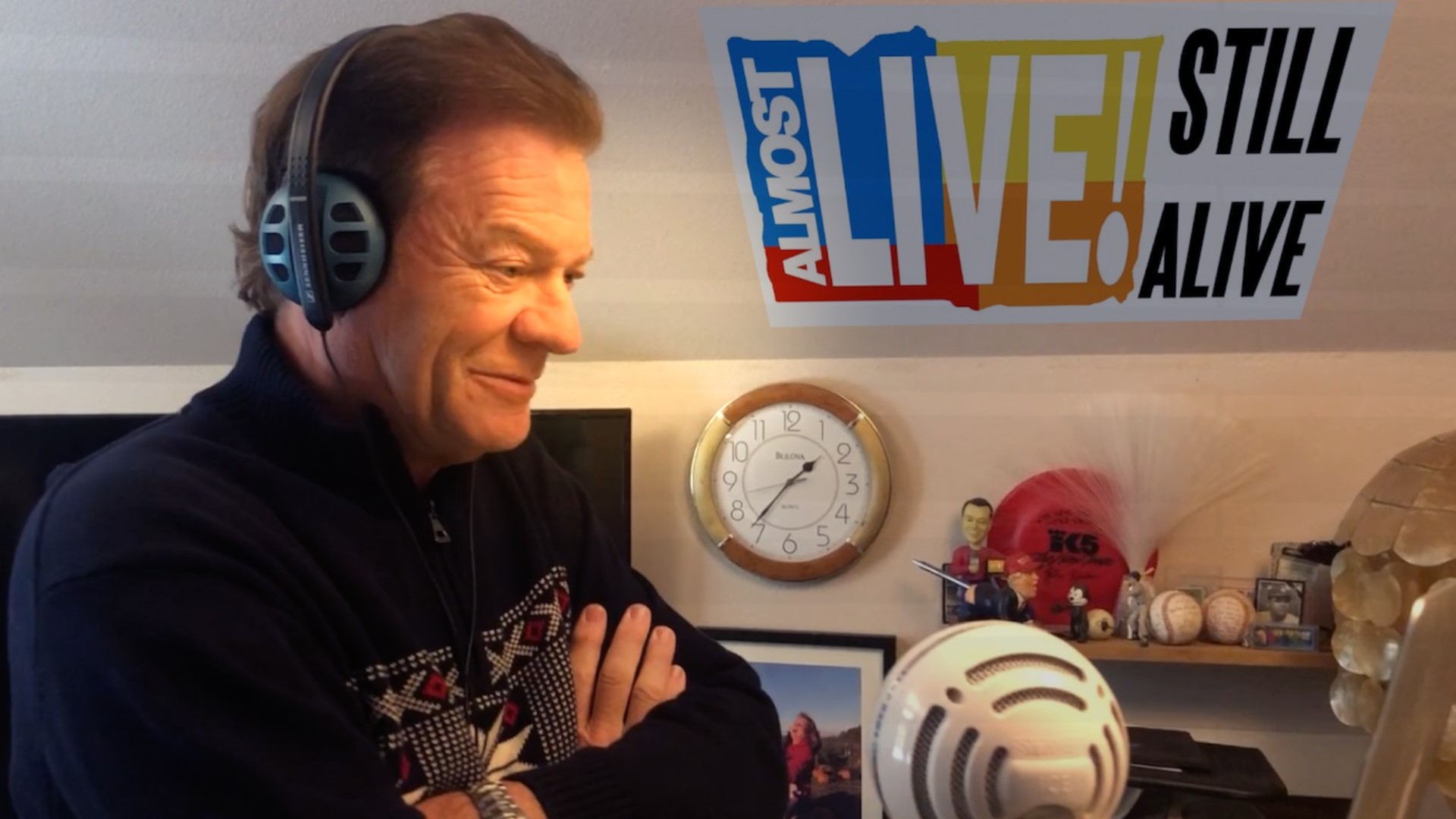 SEATTLE — It was the very definition of Northwest comedy. For 15 seasons, KING 5's 'Almost Live!' helped us poke fun at ourselves, serving up comedic classics like Ballard Driving Academy, Lynnwood Beauty Academy, and the High-Fiven' White Guys.

RELATED: How the Science Guy got his start in Seattle

One of the show's funniest cast members was Pat Cashman. He is also one of its biggest fans.

"We were doing local jokes about local issues, local politics, neighborhoods," he said, "That's why I think it found its footing for all those years."

Cashman was known for writing and performing in some of 'Almost Live's' best-known bits.

"What are they up to now? Or how many of them are in prison? You know, that kind of stuff."

The podcast reveals details even some of the staff never knew.

"I think a lot of people are making stuff up," he joked, "But who cares?"

RELATED: The April Fools' Day prank that sent Seattle into a panic

Cashman said, "She was clinically dead. Two weeks later, she's back on the show again!"

And host John Keister chokes up as he remembers the affection of his local audience.

"I walked out and it was like this eruption," he said.

'Almost Live!: Still Alive' is a love letter to a time when Seattle was a little smaller. And, maybe, a little funnier.

Cashman said, "I don't think any of us took it for granted. So we said, 'Let's really enjoy this ride.' And I think everybody did."