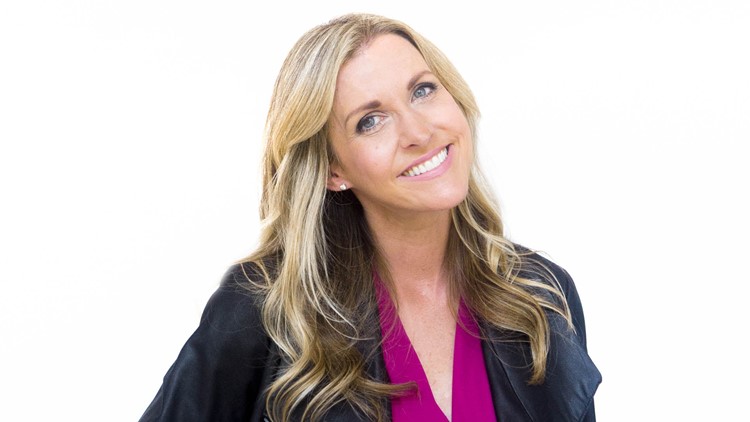 Trying to describe what it’s like to work for Evening isn’t as easy as I thought it would be - how do you sum up a dream job?

I’ve been an Evening entertainment reporter and host for 10+ years, and we never run out of new things to see, do, eat or experience in the PNW. I’ve covered everything from the Seahawks victory parade to a guy who makes art out of pancake batter.

I’m also able to put my moderate obsession with TV and movies to good use. I travel regularly to interview actors and filmmakers in Los Angeles, New York and beyond. I’m a member of the Broadcast Film Critics Association, and produce Honest Reviews for our digital platforms.

I’ve also tackled assignments that fall into the category of “WHAAAT?!?” – like when I went swimming with a crocodile in Australia, dune bashed in Dubai, flew on a trapeze in SODO, jumped out of an airplane over Snohomish, and got pelted in Seattle's Tomato Battle. (I only regret the crocodile, but mainly because I wore a swimsuit on-air.)

I started my career in Yakima, Washington, where I shot my own stories for $7/hour and met a very cute co-worker. I went on to cover the news in Boise, Las Vegas, Phoenix and here at KING 5. Over the years, I’ve been honored with six regional Emmy Awards and an Edward R. Murrow Award for writing.

My parents would want me to tell you I have a degree in political science from the University of California, Riverside, and a master's degree in broadcast journalism from Boston University.

I’m married to that very cute co-worker from Yakima, and we’re the immensely proud parents of a son and daughter. I couldn't live without books, movies, music, good conversation and strong coffee.