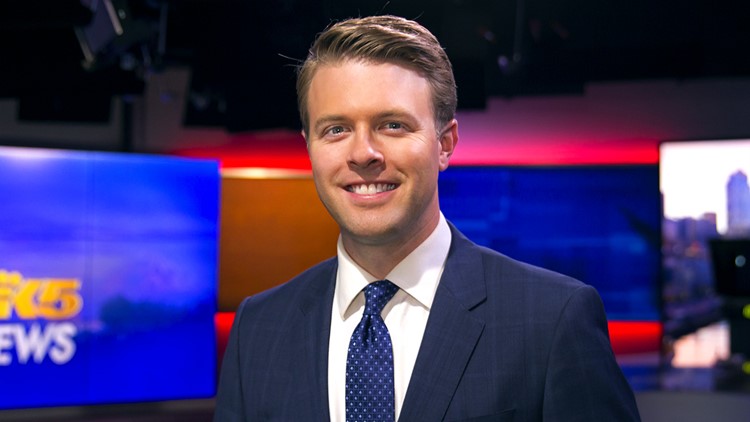 Hello! I’m Jake Whittenberg, anchor of KING 5 Mornings. Since December 2009 I’ve had the time of my life exploring the Pacific Northwest and meeting some amazing people along the way.

I co-anchor with Mimi Jung. We also serve Western Washington on KONG every morning!

Since I started at KING, I’ve covered all kinds of stories from Seattle to Cuba and back, and from Eastern Washington to Pearl Harbor and several cities in between.

I’ve tried to be a trailblazer in Seattle by pioneering our digital coverage and YouTube content. If I’m not at the anchor desk, I’m storytelling on air and online. I also love VLOGING. It’s a fun way to tell a story and my videos have been viewed millions of times!

Before starting at KING, I was a reporter/anchor at WSYX/WTTE in Columbus, Ohio, and KTVQ in Billings, Montana.

I consider myself a proud Montanan, but I was born in Southern Illinois to the parents of a newspaper publisher and reporter. I think it’s in my blood.

I caught the TV news bug after graduating with a media, theatre arts degree from Montana State University. Some of my fondest memories as a kid were with my dad in the newsroom during election night coverage. I love the buzz of a newsroom!

I’ve been humbled to win seven regional Emmy Awards, Associated Press Broadcaster of the Year and several other writing and reporting accolades, and to have been part of a team that won an Edward R. Murrow Award. I’m also a former appointee to the Montana Film and Television advisory council appointed directly by the governor.

When I’m not covering the news, I frequently emcee community events and golf tournaments. I love visiting towns in Western Washington and getting to know the people.

My philosophy is "Work hard, play hard!" I love golfing, fly-fishing and spending time with my wife, Tara, and two children, Lula and Ollie.

See you in the morning!