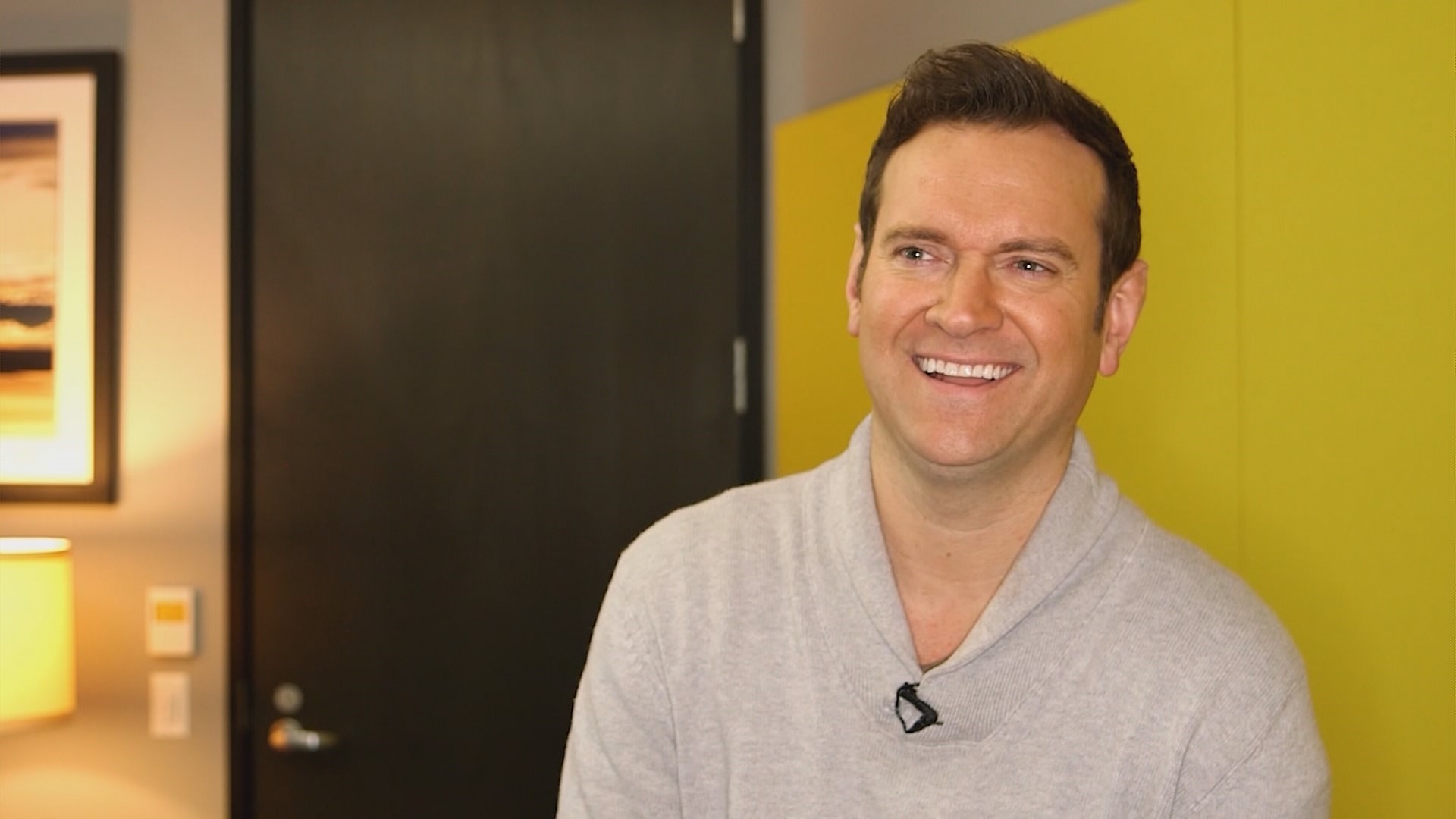 I joined KING 5 in 2017 as a host & creative content lead. I’ve been fortunate to grow up here in the Seattle suburbs. I’m an organic reflection of our city’s unique personality. I have an aversion to wearing ties. I don’t even support ties in sports!

I essentially grew up on KING 5. My dad moved the family to Seattle to become the Creative Services Director for KING back before Nirvana was a thing. Yes, Seattle existed before Grunge! I played the part of “little kid” many times here on channel 5 and was nominated for the “best talent” Emmy award when I was in junior high. It was a tight race but I lost the award … to my father! Pat Cashman was a fixture on the long running sketch comedy show ‘Almost Live’ and I appeared alongside him in numerous sketches throughout my childhood and all the way through college at WSU. Fun fact: I started a sketch comedy show at WAZZU and a sports parody landed me in the pages of Sports Illustrated.

My role at KING 5 is to be a creative voice for all things local. My sense of humor is part of the package and my goal is to help inform and entertain in a way you don’t often see on local TV. I believe comedy is disarming and is a great way to communicate information that may be tough to talk about. I look for the positives and have bursting pride for this area – even Kent.

I could point out that I’ve received over a dozen regional Emmy awards but that would be bragging, so I’ll just leave that out of my bio. Remind me to come back and delete that part later. I’m most proud of winning “Mr. Eastlake” in high school, but I have also worked for various local TV stations and nationally on the Discovery Channel & Comedy Central. I even hosted a fun game show on XBOX Live, which you can read about in the Guinness Book of World Records!

While my face was resting for a few years I was a radio personality for ESPN & Fox Sports. I’m most proud of creating and producing a sketch comedy show with my dad. “The [206]” revived the Seattle-centric sketch comedy void and after three seasons we launched a new syndicated variety show called “Up Late NW.”

None of this impresses my two amazing daughters.