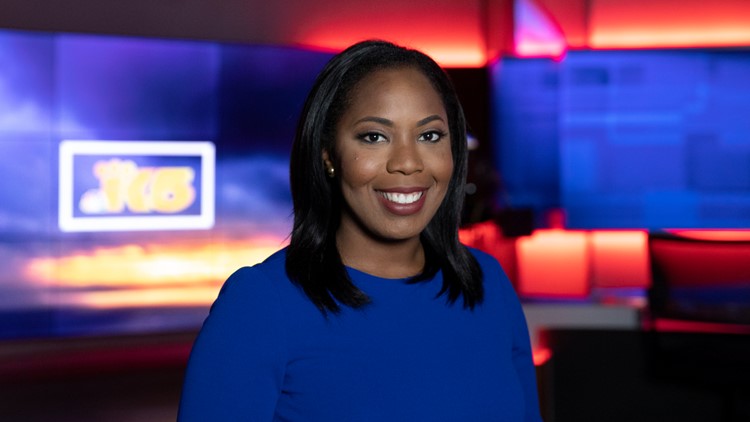 I am thrilled to be working at KING 5 as a reporter on KING 5 Mornings since June 2019. I’ve always loved telling stories, but to tell stories at such a legacy station is a dream.

I’m a California girl, born and raised in the San Francisco Bay Area (yeah, I know, another Californian invading Seattle), but I can already tell the PNW will become a second home.

I moved to Seattle from Birmingham, Alabama, where I spent three years as a reporter and fill-in anchor at WIAT. The amazing food in the Deep South definitely kept me happy.

Prior to my move to Birmingham I worked as a morning anchor and reporter for three years at CBS19 in Charlottesville, Virginia.

I graduated from San Francisco State University where I earned a Bachelor of Arts degree in Broadcast & Electronic Communication Arts.

During my time in San Francisco, I interned with several news organizations including KGO Radio, KNBR and KRON4 News. I eventually landed an amazing gig as a news producer for KGO Radio. There, I was awarded several honors for my contributions, including a National Edward R. Murrow Award and an Associated Press Television-Radio Association Mark Twain award for breaking news coverage of Asiana Airlines Flight 214.

I'm a foodie at heart, so please send me your restaurant recommendations.

Interesting fact, I am a morning person and I don't drink coffee, yet. Everyone I run into tells me that will change, soon.

I look forward to waking up bright and early with the best viewers around.

Feel free to send me any story ideas at bmoorer@king5.com. You can also find me on Twitter and Instagram.