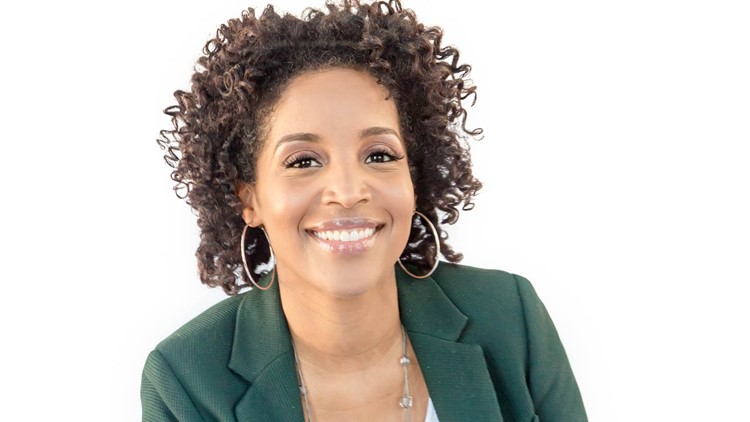 Angela has never been one to follow a crowd (unless it’s to a great restaurant), and you’ll get to see her in action in her role as co-host of Evening.

Angela joined Team Evening in March 2020. Beyond celebrating the diverse cuisine of the Northwest, Angela is most excited about highlighting what’s best about our community: the people making a difference, the innovators creating new experiences and the locations that inspire us.

Angela lives for making connections with people and she’s proven that ability through her 20 years as a multi-media journalist. Most recently, her work as the host of Take 5 on KING 5 earned her a national Gracie Award for on-air talent.

Prior to this, Angela worked as journalist in Washington, D.C., Philadelphia and in Seattle, where she won a Regional Emmy Award for Best Anchor. In 2010, she was one of the first wave of reporters after the earthquake in Haiti and her follow-up questions during an interview with President Barack Obama led to a response that made national headlines.

Angela is excited about being part of Team Evening, and can’t wait to shine a light on the people, events and issues that fuel our community.

When she’s not busy asking questions, Angela spends time with her husband and two daughters.

Fun facts: she's once guest co-hosted ABC's “The View,” and a few years ago, wrote a Lifetime movie. Favorite food? Pizza. Favorite Book? She can’t pick, but she has enjoyed "Return to Love" by Marianne Williamson and "The Invention of Wings" by Sue Monk Kidd.

If you have an idea, send her an email at arussell@king5.com. You can also find her on Facebook and Twitter.